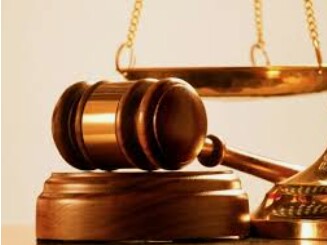 The number of pending cases in Pakistan is in the millions. Sailins have been waiting for their cases for years. Neither the government nor the people can question these esteemed judges who have made Pakistan 118th in the world in the delivery of justice. Judges of district courts, including the High Court, do not do any physical work to be paid lakhs of rupees monthly from the national exchequer during 3-3 months of vacations and holidays. Others, if they cannot get into the habit of facilitation, these 3 months leave without pay. Should be

In a poor indebted country, this luxury is incomprehensible, but the tragedy is that even if judges or the judiciary speak legitimately, there is a fear of contempt of court, which is why governments watch the spectacle as silent spectators. ۔ The rich feudal investor can’t even touch the murderers. The skin of the poor man has to come down. The poor don’t get justice at all. Today, thieves are free to go bankrupt and build property in London, and a poor man has been imprisoned for years for stealing bread, and judges sitting on the bench are paid high wages from the blood and sweat of the poor. While in the case of the poor, there are no hefty wages or luxuries except for hard labor.