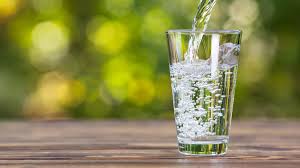 According to medical researchers, the brain tells a human that his body needs water.

Similarly, a hormone in the brain sends a message to our kidneys to save water for their specific task.

Water is two-thirds of our total body weight. Water plays an important role in expelling the waste and spoilage from the body.

According to medical science, chemical changes within the human body are not possible without water.

Humans exhale water through sweat, urine and breath and eliminate water deficiency when they are thirsty, but most people ask how many glasses of water should a healthy person drink throughout the day?

We have heard that drinking eight glasses of water daily is essential, and likewise some people insist on drinking more and more water, but scientists say this is not true.

According to medical researchers, drinking eight glasses of water daily does not harm the body, but drinking excessive water can cause some harm.

Sodium is very important to our body and its deficiency can cause inflammation in the brain and lungs.

Experts in medical science and reputable research say it has not been proven that we should drink more water. Drink water only when feeling thirsty.

Similarly, drinking more water to maintain the skin’s healing and good health has also been considered by some scientists after research. 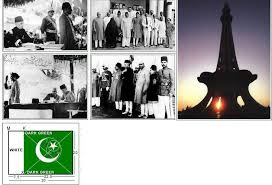 Muhammad mohsin
History The history of Pakistan refers to the history of the region which separated from India on the occasion of partition India in 1947 and called the Islamic Republic of Pakistan. Before partition India was ruled by the British. Earlier, the region was ruled by various local kings and numerous foreign powers.
In ancient times, the region has also been part of many of the earliest states and some of the largest civilizations of the Indian subcontinent. In the 18th century, the mainland fell into British India.

The political history of Pakistan begins with the formation of the All India Muslim League in 1906. The purpose of the formation of this party was to protect and represent the interests of Muslims living in India.On December 29, 1930, the philosopher and poet Dr. Sir Allama Muhammad Iqbal presented the concept of an autonomous state for the Muslims of Southeast India.
The Muslim League started gaining popularity in the late 1930 In 1933, its name was proposed and sketched by Chaudhry Rahmat Ali Gujar, in which a map of Pakistan was drawn from different regions. The presentation of two national views and the approval of the 1940 resolution by the Muslim League paved the way for Pakistan’s formation.

The resolution demanded in Lahore that independent states comprising Muslim-majority areas of British India be established. Finally, after a successful movement under the leadership of Quaid-e-Azam Muhammad Ali Jinnah, on August 14, 1947, independence from British domination was achieved and partition became operational and Pakistan emerged on the world map.

On that day, two Nafal thanks must be read on this day that we are breathing in a free homeland, a nuclear power by the grace of Almighty, which has the most fertile earth in the world. Is where all the seasons occur. The crops here are full of tastes and fruits are sweet. The people here are still boiling but are sympathetic and sad. If the politicians here are tired, what happens is the child knows the politics here. Our cricket team was deprived of playing in our country but in foreign countries our win rate was seventy percent.

The majority of our population is not so well educated, but from techno logy to atom bombs, our people are in shock all over the world. There are enemies in our neighborhoods, or in the sympathy of our enemies, but by the grace of Allah we stand in the eyes of all of us for the last 65 years and have all our teeth crooked, we are being called by US universities. I am not allowed to read NewClear Physics but we have not only acquired the NewClear Technica logie but have also transferred to a few friendly countries.

We are Pakistanis who are isolated and unique from all over the world and this is our identity.
Pakistan Zindabad

Dear Friends Readers: On March 23, 1940, a nation passed a resolution to seek a country together. Let us once again, on March 23, 2014, all Punjabi Sindhi Baluchi Pashtun Kashmiri Pathan refugees work together to prove that this country is a nation. Give up 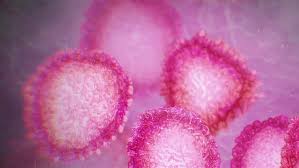 LONDON: UK research experts have revealed that even the smell and taste loss can actually be infected with the virus.

Experts at the British Association of Outerhrainungology say that if you lose your taste and sense of smell, your chances of reaching the Corona virus will be high, the Mail Online reports. Is done

According to experts, the affected person may experience symptoms such as fever and cough at any time after the ability to smell or taste from the tongue.

The head of the research team, Nirmal Kumar, said: “People who do not show symptoms of fever and cough and lose their senses of taste or smell should also separate themselves and test the diagnosis of Corona. Should get done ‘.

Read more: Did Australia discover the cure for Corona?

They said that the virus first affects the throat and nose after entering the body. These are early-stage symptoms that appear sooner, followed by fever, coughing and difficulty breathing.

In previous research studies, experts concluded that anyone diagnosed with the Crohn’s virus fourteen days after nausea, fever, difficulty breathing. 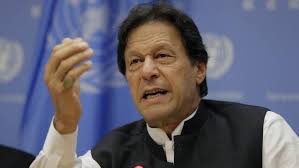 Islamabad: Prime Minister Imran Khan has appealed to US President Donald Trump to lift sanctions on Iran on humanitarian grounds until the escort bodrum end of the Corona virus.
Prime Minister Imran Khan has said in his tweet that I agree with US President Donald Trump on humanitarian grounds that the sanctions on bodrum escort bayan Iran should be lifted until the Karuna virus is executed. In order to cope with this outbreak, humanity must unite.

I agree with President Trump on humanitarian grounds that the sanctions on Iran should be lifted until the end of Karuna. ۔

It should be noted that 189 countries have been affected by the Corona virus worldwide. The deadly virus has killed 13,000 worldwide. Corona sickness worldwide has crossed 3 million and more than 94,000 people have recovered from the deadly virus.
On the other hand, the number of coronavirus-infected patients has increased to 646 in Pakistan, 152 cases of corona virus-infected cases in Punjab and 292 in Sindh. Has happened. 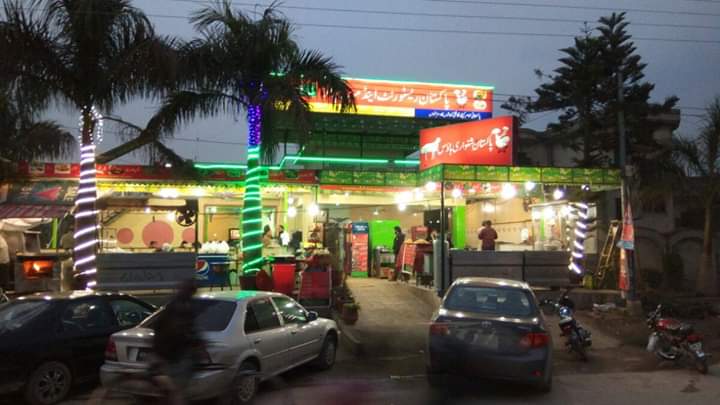 According to details, after the Sindh, Punjab, Balochistan, Khyber Pakhtunkhwa and Azad Kashmir, the federal capital Islamabad has also been ordered to close shopping malls and restaurants.

The shopping malls and restaurants will be closed for a week and the Chief Commissioner has directed the Deputy Commissioner to issue orders.

In order to prevent the spread of the Corona virus, recreational sites have already been temporarily closed, business activities suspended and various steps have been taken to limit the movement of citizens.

Foreigners are returning from power to their hometowns, and the city has lost a lot of power, with some closure of markets and business centers.

It is to be noted that shopping malls, cinema houses, leisure places, savings markets have already been closed in all four provinces.