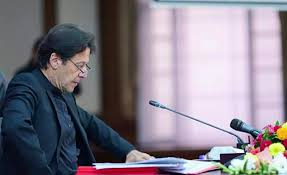 These political voices are also at their peak all over the country, both internally and externally. Two prominent figures in Pakistan, Khaqan Abbasi and Hassan Iqbal, have been released on bail after their arrest. Although Khaqan Abbasi did not even request for bail, Mian Sahib Shahbaz Sharif Maryam Nawaz Zardari Faryal Talpur has already been released on other bail and Prime Minister Imran Khan is not happy and should not be happy Imran Khan before these judicial decisions. Poor helpless, they are drinking poisonous sap every day in front of judicial decisions that are giving the criminals bail.

Domestic thieves come out of prisons with bangs and then bark at the government. The Prime Minister’s accountability slogans and proceedings have been tossed aside by the judiciary in a pile of rubbish.
The prime minister did not expect the release of Khaqan Abbasi and Hassan Iqbal and both of them are members of the assembly and they come to all thieves and make the assembly meeting a fish market. Thunder falls on good government, the only good work for the opposition is thunder.

On the pretext of illness, Mian Sahib, who fled to London, has not been admitted to the hospital for a day nor has he been operated on till today. Illness was an excuse. The real purpose was to flee to London. Mian Sahib’s personal doctor Adnan prepared the report of Mian Sahib’s fake disease with great skill and showed it to the government doctors.
It is certain that Mian Sahib is really ill. If the illness report will be reported to the Prime Minister, then Imran Khan said that he should go to London for treatment.

Qatar’s special royal ship came to Pakistan to take Mian Sahib with Phil Protocol. As soon as Mian Sahib walked on his feet towards the ship, his illness was estimated that Mian Sahib would flip and as soon as the plane landed in the atmosphere. Imran Khan will send a picture immediately after the flight of the plane for landing. Immediately upon seeing Imran Khan’s table, Khan Sahib said as he saw the picture. Mian sir seems to be on board the ship.

The Punjab government is not active enough to cancel Mian Sahib’s further bail, even if a 1,000 megawatt shot is given to the Punjab government. All these are part of the Punjab government which, with the benefit of Mian Sahib Shahbaz Sharif, fled to London.
The Prime Minister is not happy with many of his colleagues, the judiciary NAB at various institutions is worried about how the NAB is releasing them to accountability rather than the judiciary. The new Attorney General’s view and inclination are also toward the judiciary’s decisions. The new attorney general said that before I was appointed to the post, I had clearly stated to the Prime Minister that I was absolutely free. I would resign if anything that contradicts my thinking.

Now the government has written to the London government to bring Mian Nawaz Sharif to Pakistan, to deport Mian Sahib there. And Law Minister Nassim Akbar, Special Assistant to Shahzad Akbar, is in London. Can this legal team bring the culprit Nawaz Sharif back to Pakistan? No, I do not see the possibility of Nawaz Sharif’s return home so far. What will he do here? Go to jail and if you go back to jail again, then there are guarantees again.

But the looted wealth will not be returned. Do you want to put these thieves in prisons and put them in jail? The real purpose is to recover the loot from them. To this day, Shahzad Akbar has not returned the billions of trillions of dollars of money that were left in the banks outside the legal team.

Whether the Punjab government can declare Mian Sahib as an advertising criminal or not is a matter of circumstances.

Imran Khan will no longer comprehend any case Imran Khan is now in full fighting mode and the Prime Minister is now focusing his attention on Guernsey. Imran Khan reduced petrol price by 20 rupees due to falling oil prices in global markets due to Corona virus, but Hafiz Sheikh was unwilling to reduce even one rupee, forcibly interfering with the IMF and reduced it to five rupees. All ministers are an association in their own right

Imran Khan is trapped in this whole system of bullying. And all the bullying opposition and the incumbent government ministers who ruin the entire work made by Imran Khan have all been badly trapped. The whole system is jammed, some are running, nothing seems to be running. Can’t stay and the bully always wants to be stagnant because the survival of the bully is in the stagnation. Bullying says Prime Minister, Prime Minister Housing Governor Houses Not to be abolished Outside the big kings rulers will come here, they will not be affected if they do not see such a large palace.

A six-foot governor and Governor-in-Chief’s place are seen as abominable on the acres of land, and the people are despised by these signs, as if the devil does not kill the pebbles.
The government should not compromise on its principles
The opposition has nothing left to talk about. The government should take immediate tough decisions so that this stagnation will be broken, but this stagnation will not be broken until there is no dog out of the well. Nothing can change. 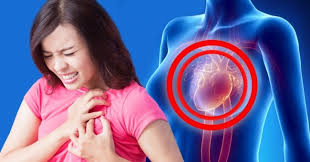 Learn the early signs of heart attack in women that you are unaware of, so that you can cope with the disease.

human body Staying active is the most important for our health. But heart attack is the most dangerous heart disease that causes men or women to die occasionally.
Today we will tell you what are the earliest symptoms of a heart attack that are most common in women.

In the first stage, women complain of pain and tenderness in the back, neck, jaw, right or left sides, entire chest or chest. And if there is one of these places you should consult a doctor. Because all these pains are a major cause of heart failure.

Even after being awake, you have a severe feeling of fatigue after awakening, or all the time you have fatigue. It may not be too late.

3: Cold sweating or shortness of breath

If you have frequent complaints of cold sweating or shortness of breath, it is best to contact a cardiologist.
It can affect the arteries of the heart.

Gastrointestinal pain, irritation, acidity, diarrhea and fever together are also a sign of heart disease. 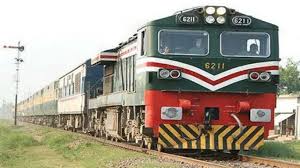 Lahore: AC Business and AC sleeper fares for all trains of Pakistan Railways were reduced from 10% to 25% from today till May 8.
According to a notification issued by Pakistan Railways last week, railway authorities had announced a drastic reduction in fares for trains running across the country to facilitate commuters. Will be on According to the railway authorities, if a passenger makes reservation of tickets at the same time of arrival, then he will have 25% discount on the fare and if a passenger makes only one-way ticket reservation for travel to a place, he / she will be required to pay the fare. There will be a 10% discount, travelers will get this discount till May 8th. 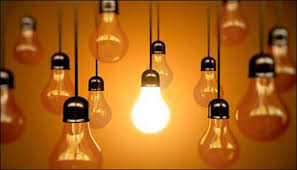 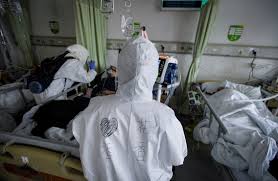 KARACHI: Another case of corona virus has been confirmed in the city of Karachi.
According to the Sindh Health Department, a new case victim of Corona virus is a 53-year-old resident of Sharaki district and an influential person traveled to Syria in recent days.
It may be recalled that the number of corona victims has increased to 5 in Sindh and 8 cases of corona have been reported across the country while the first patient suffering from corona virus in Pakistan has been sent home after treatment.
It should be noted that the number of people infected with the virus in China has reached 80 thousand 735. Most of the deaths in China occurred in the Chinese province of Hubei, where the virus originated. According to the World Health Organization, the virus has spread in 109 countries and more than 3800 deaths have been reported in the world.