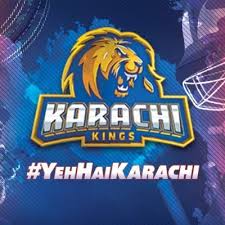 High voltage clashes are underway in the fifth edition of the Pakistan Superleague, with Lahore and Karachi teams competing at the National Stadium Karachi once again. In which Karachi Kings won the toss against Lahore Qalandars. Changes have been made in the Karachi Kings squad in today’s match, after which Arshad Iqbal, Umar Khan, Aamir Yameen and Imid Asif were added to the squad.
Lahore Qalandars batted first and scored 150 for 5 wickets in the stipulated 20 overs. Sohail Akhtar from Lahore Qalandars made a brilliant 68 runs, Fakhr Zaman 17, Chris Line 5, Ben Dunk 9, Patel 5 runs out. Mohammed Hafeez 35 and David Wise were not out for 5 runs. Karachi Kings’ Umaid Asif and Arshad Iqbal took 2 wickets while Chris Jordan showed one player for Pavilion.
In pursuit of the target, Sharjeel Khan (74) and Babar Azam (69) were not out for the loss of Karachi Kings. 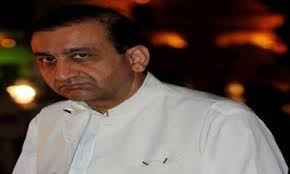 It may be recalled that Mir Shakeel-ur-Rehman appeared in the second Barnabe today in the case of illegal plots and could not give satisfactory answer even after appearing twice in the NAB. 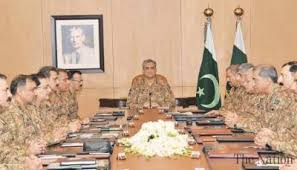 RAWALPINDI: Army Chief General Qamar Javed Bajwa has said that national efforts to curb the coronavirus should be fully implemented and the army ready to deal with any situation.
According to the spokesman of Pakistan Army Corps commander under the command of Army Chief General Qamar Javed Bajwa held a conference in which the situation arising out of the Corona virus was taken into consideration and the corps commanders also considered the security measures taken at the army level. The ISPR said that the Army Chief directed that national efforts against the virus play a vital role and that the military was prepared to deal with any situation.

The ISPR further said that the conference also assessed the operational readiness of the Armed Forces, the Line of Control situation and the security situation of the region in view of the Afghan reconciliation process. The Army Chief said that peacekeeping in the region passes through Afghanistan, that through joint efforts and reconciliation, challenges can be overcome, and Pakistan is sincerely ready to step down. 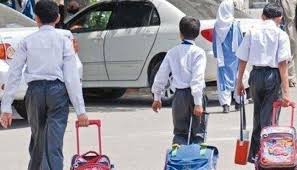 On the occasion, Chief Minister Sindh Murad Ali Shah said that the educational holidays have been increased, it will be a summer vacation.
Remember that the ninth grade exams were to start on March 16 across Sindh.
Remember that the National Health Services has requested to impose an emergency in the country. So far 21 cases of Corona virus have been reported in different cities of Pakistan including Quetta. Most of the affected people are back from Iran.

According to the World Health Organization, if an individual has symptoms of breathing problems, cough, sneezing, cold, etc., avoid close contact. Scientists believe that the virus has transmitted from animals to humans. Experts advise that the meat and eggs should be well cooked. Also, people have been instructed to abstain from animal markets and raw meat. Accordingly, everyone should wash their hands with soap for at least 20 seconds. Be aware that the vaccine for the Corona virus is not yet available in New York, so the only solution to preventing the virus is timely precautions.