Potato is an evergreen vegetable that is an important part of our daily diet and most people are unaware of its advantages and disadvantages.

The global epidemic of corona virus has gripped the entire world. In this regard, lockdown has been implemented in many countries due to which people are locked in their homes. In Belgium, people are being urged to lockdown. Be sure to eat potato chips at least twice a week.

In Belgium, people love to eat potato chips and chips can be seen on almost every street and street in all the cities of the country, while there are special stalls of chips in hotels and shopping malls.

Belgium sells 1.5 million tons of potatoes each year to about 100 countries around the world, including European countries, but this time it is not possible due to border closures and trade closures.

In Belgium, people love to eat potato chips not only with ketchup but also with mayonnaise, and Belgium is one of the largest potato-producing countries, but due to the lockdown imposed by the corona virus, there are millions. Tons of potatoes are in danger of spoiling.

According to the BBC, due to the ban on the movement of vehicles and the paralysis of business life, due to the fear of spoiling millions of tons of potatoes due to the closure of shipments to other countries, traders and farmers have advised people that They should eat chips at least twice a week during the lockdown.

Patients with diabetes should take special care in eating potatoes and its products, especially chips, finger chips, etc.
Potatoes are not useful in joint pain caused by gout and gout, so such patients should not eat potatoes.

It is safer to use it with hot spices.
A man should not eat more than two hundred and fifty grams of potatoes in a day. Peeled potatoes lose less vitamins than peeled potatoes.

According to a report by a foreign news agency, a deadly epidemic of the corona virus spread from China has hit the world in a series of attacks that have killed more than 200,000 people and killed 3 million patients. Crossed the number.

The British news agency said in its report that the fact that no corona cases have been reported in any country does not mean that there are no patients of Covid 19 as there is in North Korea.

North Korea shares borders with Russia, China and South Korea, which are among the countries most affected by the coronavirus, but no cases have been reported in North Korea, the news agency said. Patient information is printed.

The global outbreak of the corona virus is thought to have affected one person in 247 UN-recognized countries and territories around the world, while 162 countries have been affected by the epidemic, which has killed more than 225,000 people. Have taken

The Corona virus has infected 3,138,413 people worldwide and killed 217,985 people, while 955,824 people have recovered from the virus, according to the report. The virus has been spreading rapidly in the last four months and has spread to 210 countries and regions. Have done

The European country of Italy is the second country with the highest number of deaths due to the virus. So far, the virus has killed 27,359 people in Italy and infected more than 211,000 people, of whom 69,000 have recovered and 2,000 have recovered. The condition of patients near is still critical.

The UK is also one of the worst-affected countries, with 686 patients killed in the past 24 hours and the virus killing 21,678 so far. The number of people infected has risen to more than 161,000. The UK is still recovering. Has not released data on patients.
However, it is being reported that the recovery graph of Corona patients in the UK is very low.

He said that the budget for the next financial year will be presented in the first week of June which will be a crore budget. Three months electricity bills will be waived for small traders.

The finance adviser said that the government was providing money to 12 million families and would help 4 million people who lost their jobs due to Karuna. Along with Karuna, the economy was also among the top priorities.

“The country’s economy was moving in the right direction before the coronavirus. Our rupee had stabilized, but the epidemic hit our economy. The lockdown has led to a significant drop in economic activity and the global economy has shrunk our exports,” he said. Much less 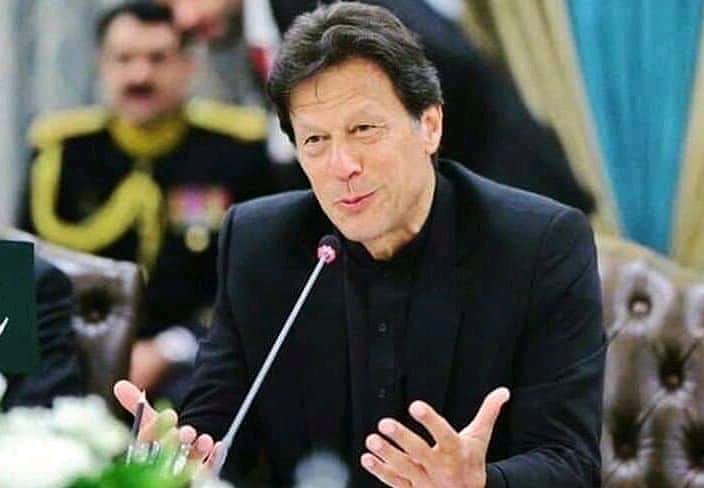 According to details, a meeting was held under the chairmanship of the Prime Minister in which Special Assistant for Information Asim Saleem Bajwa, Environmental Advisor Khusro Bakhtiar and others participated.

It was decided in the meeting that natural forest nurseries, tree planting campaign would be promoted in the country, Olo plantation would be started by increasing honey production and unemployed people would be included in the project on priority basis.

The Prime Minister said that expanding the green area to address climate issues is one of the priorities. The project will provide employment opportunities to the youth.

Imran Khan said the initiative would help promote the goals of Clean and Green Pakistan and would involve all stakeholders, including international organizations.

The Prime Minister said that the project is a guarantee of a better future for our future generations. Transparency must be ensured for the success of the program.

Earlier, the Prime Minister had directed the Federal Cabinet to ban the export of food items.

The cabinet also approved a package of financial assistance to journalists affiliated to Corona and nominations for the posts of directors in limited companies.

According to details, a meeting of the Federal Cabinet was held under the chairmanship of Prime Minister Imran Khan. The meeting considered a 13-point agenda and approved several. Was also considered.

Sources said that the government would waive power supply to Kabul for three months for small businesses while the cabinet was given a detailed briefing on measures to curb Corona.

The cabinet also approved a package of financial assistance to journalists affected by Corona and nominations for directorships in limited companies.

The Cabinet endorsed the decisions of the National Cooperation Committee on the virus and assigned the first task to Special Assistant Asim Saleem Bajwa and Information Minister Shibli Faraz.

According to an update released by the National Command and Operations Center, cases of coronavirus in Pakistan are increasing rapidly. A few days ago, the World Health Organization warned that if effective measures are not taken, by mid-July The number of Corona cases could be as high as 200,000.
As of June 8, the University of Technology and Design in Singapore has reported 97% response to the corona virus epidemic in Pakistan
Overcoming predictions
The epidemic will be 100% controlled by September 1.

According to the NCOC, the number of patients currently being treated for corona in different cities of the country is 10,545. In Pakistan, 751 new cases of corona have been reported in 24 hours, while so far 3233 patients have been infected with the virus. Have recovered while 111 are in critical condition.

More than 3.5 million people have been affected by the global epidemic, which has killed more than 211,000 people

The command center said that 20 more deaths were reported in the country during the last 24 hours. The highest death toll so far was in Khyber Pakhtunkhwa with 104, followed by 91 deaths in Punjab, 85 deaths in Sindh, 14 deaths in Balochistan and 14 deaths in Gilgit-Baltistan. There were 3 deaths while in Islamabad there were 4 deaths.

According to details, the government has reduced the rate of return on national savings schemes and a notification has been issued by the Finance Ministry.

The finance ministry says the new rates will apply to investments made from April 24.

It may be recalled that the Ministry of Finance had issued a draft law to identify investors in national savings schemes, stating that National Savings would seek help from NADRA to check its 4 million customers and identify suspicious persons. UNSC will also check the list. 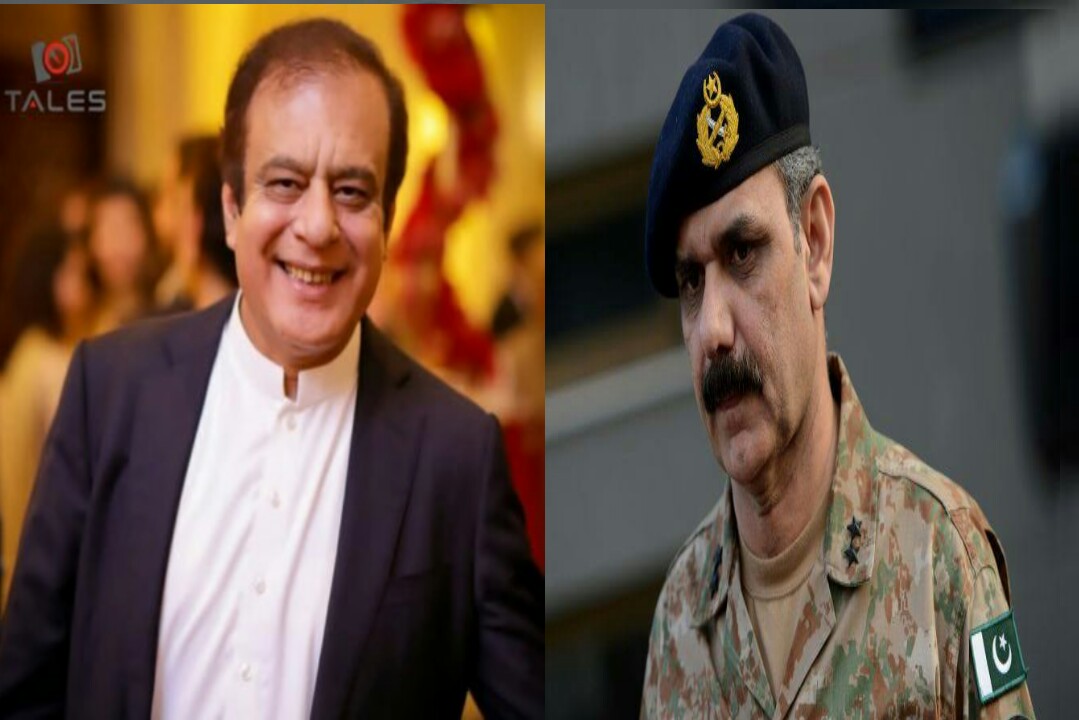 According to details, former Army spokesman Lieutenant General (retd) Asim Saleem Bajwa and PTI Senator Shibli Faraz have been promoted to important posts in the state.

The federal government has handed over the portfolio of information ministry to Senator Shibli Faraz in place of Firdous Ashiq Awan. In addition, Asim Saleem Bajwa will be acting Special Assistant to the Prime Minister for Information.

Asim Bajwa is also the Chairman of C-Pack Authority. In this regard, sources said that Firdous Ashiq Awan Cody has been notified.

Sources say that the reason for removing Firdous Ashiq Awan from office is that he is correct about the policies of the Prime Minister.
She was not able to reflect in a proper way and she was also opposed in the party. Think about this for a long time.
had lived. 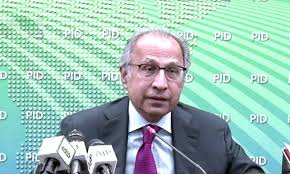 According to details, a meeting of the Economic Co-ordination Committee was held under the chairmanship of Finance Advisor Abdul Hafeez Sheikh.
A Rs 50 billion aid package for small businesses has been approved, the statement said.
Under the package, prepaid electricity will be available to SMEs.

According to the announcement, the Rs 50 billion package has been dubbed as a small business and industry support package. Will

According to the announcement, the amount will be adjusted in the bills from the month of May. Schemes are being worked on for providing unsecured loans.

The ECC also approved a ارب 30 billion subsidy to prevent layoffs and provide employment and a ارب 3 billion supplementary grant for fencing on the Pak-Iran border.

Yesterday, Federal Minister for Industry Hamad Azhar had said in his message that the Ministry of Industry would present the first phase of the small business aid package tomorrow.

Hamada Azhar said that provision of easy loans in the second phase of the relief package is also under consideration. In the next phase, relief measures will be taken for the severely affected sectors from Corona.