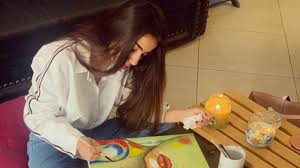 People around the world have been forced to close their homes because of the Corona virus, in which everyone is spending their time taking on new hobbies and fulfilling their different interests.

This time of isolation proved to be very beneficial for the well-known Pakistani actress, Saboor Ali, and he again took up his old hobby.

On social networking site Instagram, Saboor posted a picture of herself showing her painting.

With his picture, he wrote that sometimes it’s nice to be re-connected to the things you love.

Saboor says she’s been brushing again for almost a decade and some are scared, but nevertheless, it feels good to reconnect with forgotten things.

Later he also shared a painting of the finished painting which his fans liked and gave to his painting. 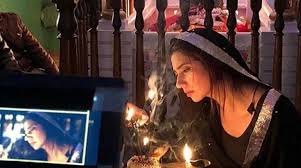 KARACHI: People resort to different things to make the journey enjoyable so that they can walk the path well.

Internationally renowned Pakistani actress Mahira Khan told fans on social networking website Instagram that she always had things to do while traveling.

The actress said that I have to leave a lot of important things in the journey, but for many years I always carry candles with me.

The expert said that she also carried with her the poetry collection ‘Talakhis and songs’ of renowned poet Seyar Ludhiani. The actress also asked her fans if you find these things funny.

Remember that savvy people and well-known individuals have kept themselves confined to their homes in order to be safe from the virus. Recently renowned actress Mahira Khan appealed to her fans to take care of those who are facing problems in Lockdown.

Leading Pakistani actress Mahira Khan said in her tweet on social networking website Twitter that if you are able to spend a month without your work (or without getting paid), you have the power or the facilities. This war belongs to you more than anyone else.

It is to be remembered that Mahira Khan started his career in Pakistani drama and made his way to Bollywood by acting. He also worked with King Khan on the Indian film director. 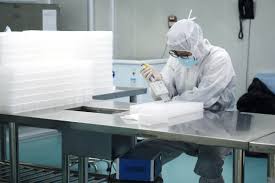 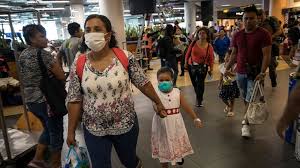 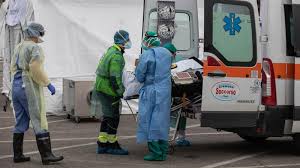 According to an international media report, the number of people affected by the virus has risen to 6,40,898 after the number of victims has increased to 29,848.

The United States is leading the world in Corona virus-infected countries worldwide, where 9,551 new cases were reported today, after which the number of patients increased to 1,13,767.

In the US today, 207 coronary patients have died, after which the total number has reached 1,903, 2,666 patients are in critical condition.

French Prime Minister Edward Philippe has warned the public that in the first 15 days of April, the Corona virus is at risk of spreading so citizens should take precautions.

The situation is also alarming in the UK, where 260 people have died from Corona today while the number of patients has exceeded 17,000 after new cases were reported. The total number of deaths so far is 1019. 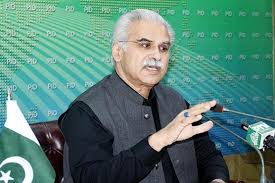 Special Assistant Dr. Zafar Mirza, Maid Yousuf and Chairman NDMA held a briefing on the deadly Corona virus, in which Chairman NDMA said that a team of 8 doctors from China had arrived in Islamabad. DMA has ordered 679 ventilators, ventilators from different countries will also arrive soon, Gilgit Baltistan had a special package from China, including 5 ventilators in this package. Karachi: Air throw gates for airports coming to Karachi Testing kits are available in 3 hospitals, etc., are being built new laboratories to increase testing efficiencies, new lybartrz lgnyky the total number would be 24.

He said that another ship will arrive at night with 15 ventilators and other goods. 30,000 kits have arrived in Karachi on the cargo ship.

He added that most of our quarantine centers are visitors, 7 thousand 180 people are present in different quarantines.

Islamabad: The number of confirmed cases of Corona virus has increased to 1495 across the country, killing 12 people so far.

According to details, the number of coronary virus confirmed patients reached 1495 nationwide, in the last 24 hours a further 79 patients have been confirmed corona virus.

According to official data, one patient was killed in the last 24 hours after which the death toll was 12, the condition of 7 patients is alarming and the number of healthy patients is 25.

Assistant Special Health Officer Dr. Zafar Mirza says that he has issued advisory on which corona test is authentic in the country and has stated that in case of any symptoms, it should be done.

He said that a delegation of 8-member Chinese doctors has arrived in Islamabad. China is helping Pakistan in this difficult time. Chinese doctors’ experiences will be greatly utilized.

Chairman NDMA Lieutenant General Mohammad Afzal said that 400 ventilators would reach Pakistan in the next one week.

The DGISPR said that joint check posts and patrolling were being carried out in 34 districts of Punjab while all internal and external centers were being monitored in 29 districts of Sindh.

Usman Bazdar will be paid 1 month extra salary to doctors

Sardar Usman Bazdar said that 4,000 families will be given Rs 4,000 in financial assistance, provincial taxes of Rs 15 billion are also being waived.

Khyber Pakhtunkhwa UC manga has the highest number of patients

The number of Corona virus cases has increased in Khyber Pakhtunkhwa province’s UC Manga, with 79 people confirmed the virus has been closed completely after the virus was confirmed. 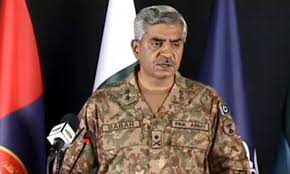 DGISPR said that joint check posts and patrolling were being carried out in 34 districts of Punjab while monitoring of all internal and external centers was also underway in 29 districts of Sindh.

According to the statement, the military personnel are providing support to the civil administration at the Quarantine centers set up at Lahore Express Station, Faisalabad Multan and Karachi.

According to the spokesman of Pakistan Army quarantine centers have been established in 10 districts of Gilgit-Baltistan. Transfer of 5 ventilators, masks, medical and testing kits, imported from China from Khunjerab pass through Pak Army helicopters, is underway.

According to the Director General of Public Relations Department, 4,000 suspected cases were screened by the Pakistan Army. 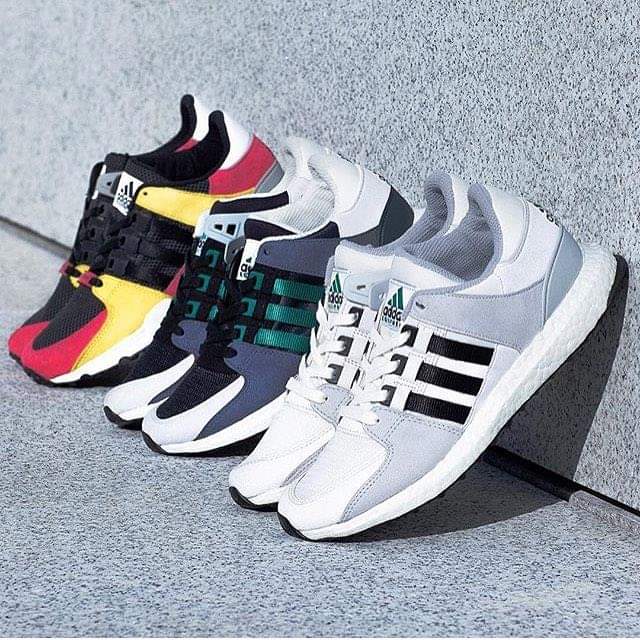 Medical and research experts are investigating the causes of the virus transfer, before experts have shown that the virus can also be transmitted through piles, handles, cardboard boxes, currency, ATM machines, toilet water.

Nowadays, experts have discovered another cause of the spread of the Corona virus, saying even in the soles of shoes and shoes, the Corona virus can survive for up to five days.

According to British experts, the virus in slippers and shoes can last for five or more days, and in the meantime, when used by someone, they may be infected.

Experts said the virus has the ability to survive in all kinds of shoes and slippers, including clothing, rubber and leather, so be sure to clean it well before use.

Doctors say the shoelaces are the safest place for the virus because there are already bacteria in it.

Earlier, a research study was conducted at the University of Arizona in 2008, which found that the soles of the shoe contain 4 million 21 thousand bacteria and millions of viruses simultaneously.

Remember, experts have also previously stated that the Corona virus survives for several hours in the open air and on various metals or objects for three to five days. 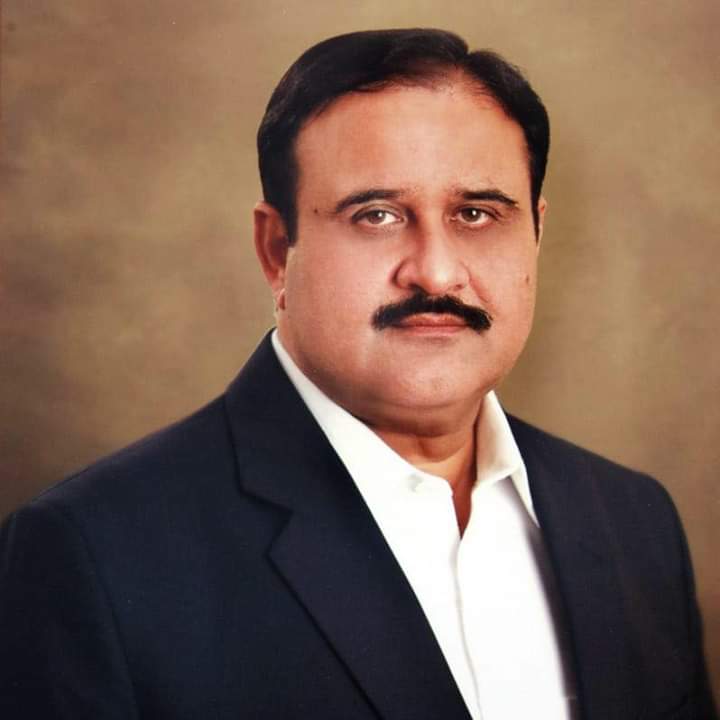 According to details, Chief Minister Usman Bazdar directed to expedite coronavirus research activities. In this regard, 4 study groups have been organized by the University of Health Sciences and started research.

Usman Bazdar has also urged quick results for Corona’s response, experts say that the Corona virus in Pakistan is more valuable than the Wuhan and Iranian viruses.