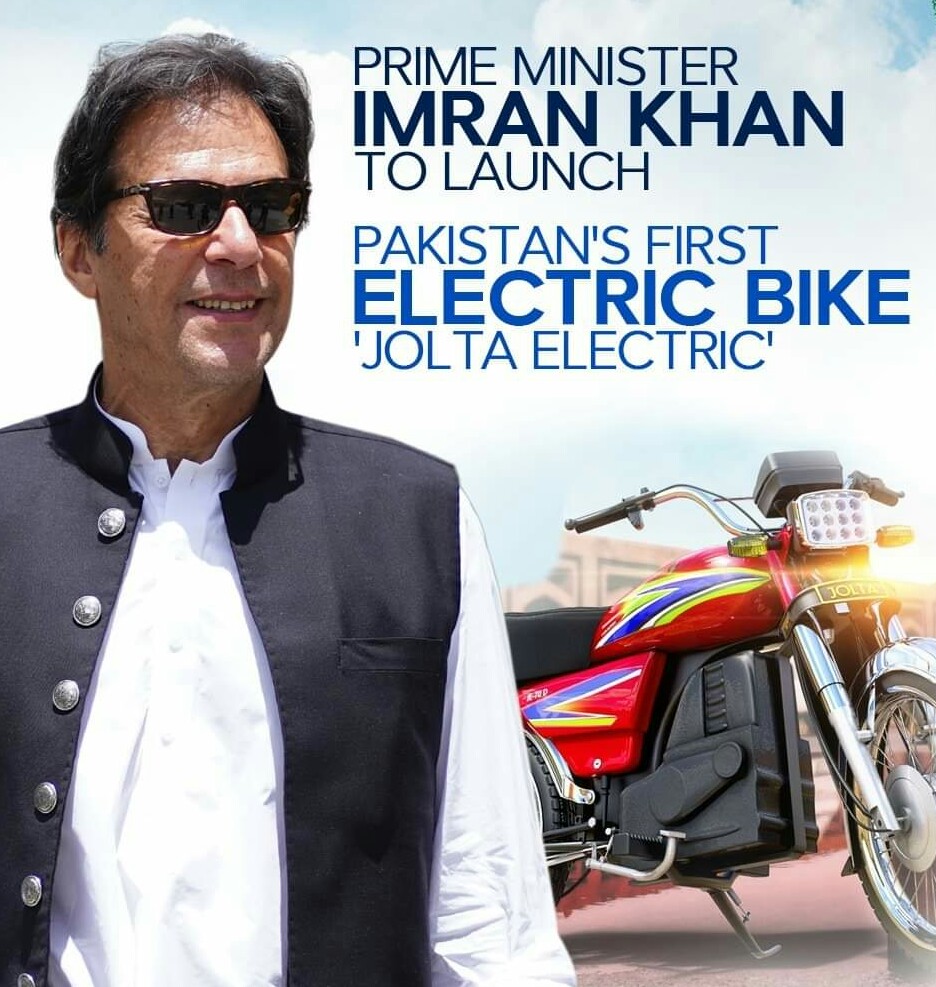 This e-motorbike has been developed by a Pakistani company JOLTA ELECTRIC. This is an important step towards shifting the country’s automotive industry to electricity.
The e-bike is available in a variety of models, including scooters and sports bikes, which are low cost and do not require much repair.

The feature of this e-bike is that it will save energy and will be able to charge overnight while the special thing about it is that it has neither clutch nor gear.
These Jolta e-bikes will have a speed of 10 to 60 kilometers per hour. These bikes will be able to cover a distance of 60 to 100 kilometers once charged.
These e-bikes have motorized engines that do not emit pistons or fuel.

Inauguration of the e-motorbike is part of the current government’s five-year Pakistan Electric Vehicles Policy 2020-2025, which was approved last year.
The goal of this policy is to increase the share of electric market in passenger cars and heavy vehicles to 30% by 2030 and 90% by 2040.

According to the details, mobile phones are going to become more expensive. The government has imposed regulatory duty on the import of mobile phones to encourage the manufacture of mobile phones locally. The amended customs codes have been issued by the Federal Board of Revenue.