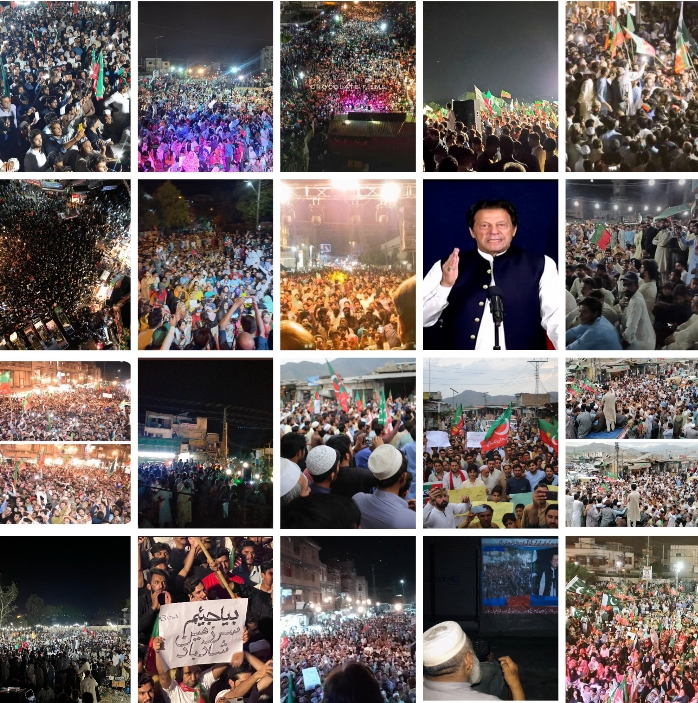 Protesters also listened to former Prime Minister Imran Khan’s speech on big screens in different cities. In some cities, despite the rain, people became part of a large number of protests.

A large number of people were also present in the rain at F-9 Park in Islamabad. People also participated in the protests in Rawalpindi and Jhelum during the heavy rains.

The people in Lahore Liberty Chowk also took part in the anti-inflation protest where big screens were set up to listen to Imran Khan’s speech.

People of Karachi also took part in the anti-inflation protest on the call of Chairman PTI and listened to the speech of former Prime Minister Imran Khan on the big screens.