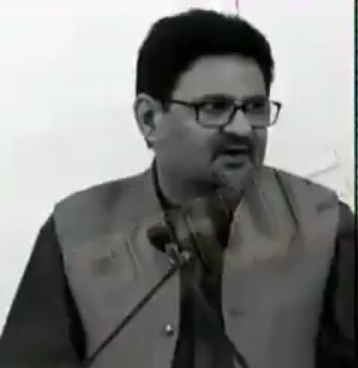 Federal Minister for Finance Muftah Ismail spent Rs. 48 lakh from the state exchequer for the renovation of the government house.

Sources said that Rs 48 lakh has been spent on the renovation of the bungalow. Before the transfer of Muftah Ismail, the bungalow was renovated, after which the Finance Minister moved to Munster Enclave and was given house number 22 in Munster Enclave. ۔

The prices of petroleum products were increased by the government yesterday after which the people and showbiz stars are also criticizing the Shahbaz government.

Announcing the hike in prices of petroleum products last night, he said that the price of petrol is being increased by Rs 24.03 per liter, diesel by Rs 59.16, light diesel oil by Rs 39.16 and kerosene by Rs 39.49 per liter. is being done.

The government is being sharply criticized by the public after the increase in the prices of petroleum products and social media users are also making memes and mocking the government.

Addressing the Islamabad High Court, former Prime Minister Imran Khan said before his tenure that if our government had not been given the two most difficult country bankruptcy friendly country, Pakistan would have gone bankrupt.

Imran Khan said that we have protected those who do not lock down completely, the world appreciated us for putting this strategy into practice.

Referring to his economic policy, he said that the best economic policy in 30 years, we have more money than most of our views. In the last 2 years, 4 bumper crops have been approved in our 2 years.

Rising prices will push the poor back and inflation will rise to 30 percent.

Imran Khan said that if we increase the price and find out that India is buying cheap oil and wheat from Russia at least then they should give oil at 30% discount.