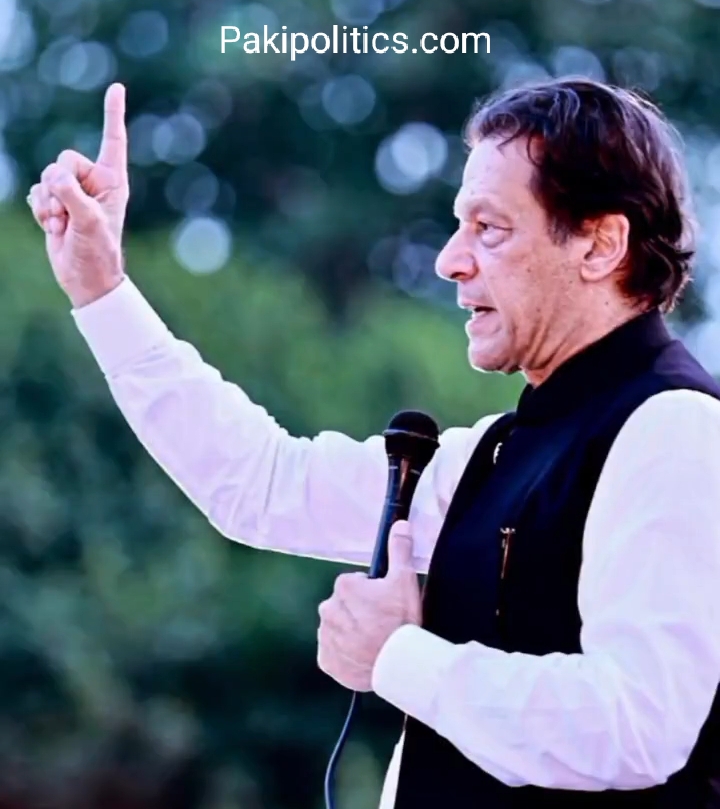 Addressing the All-Pakistan Lawyers Convention outside the Supreme Court Lahore Registry, Chairman PTI said, “I thank the lawyers community of the country for the wonderful reception from the bottom of my heart.”

Imran Khan said that in the current situation, a great responsibility is imposed on the lawyers because at this time Pakistan needs the supremacy of law the most until the justice system is fixed, the economy cannot be fixed, we have to get Pakistan out of the swamp.
During the address to the lawyers, he announced that he is going to start the movement from Saturday for the real freedom march, when I call, you have to come out with me and give real freedom to Pakistan.

Address in his Imran Khan criticized the Prime Minister and said that countries are going backwards, they are trying to grab a chair somehow, Shahbaz Sharif stretches his hand wherever he goes and asks for money. He says that you give money, we promise that we will not steal. In his speech at the All Pakistan Lawyers Convention, Imran Khan said that the first NRO was given to him by Pervez Musharraf, now he is ending his theft cases with this second NRO. There is religion in the society, one can imagine that a person who was supposed to be punished became the prime minister.
Even the enemy cannot do what these people did to the country.