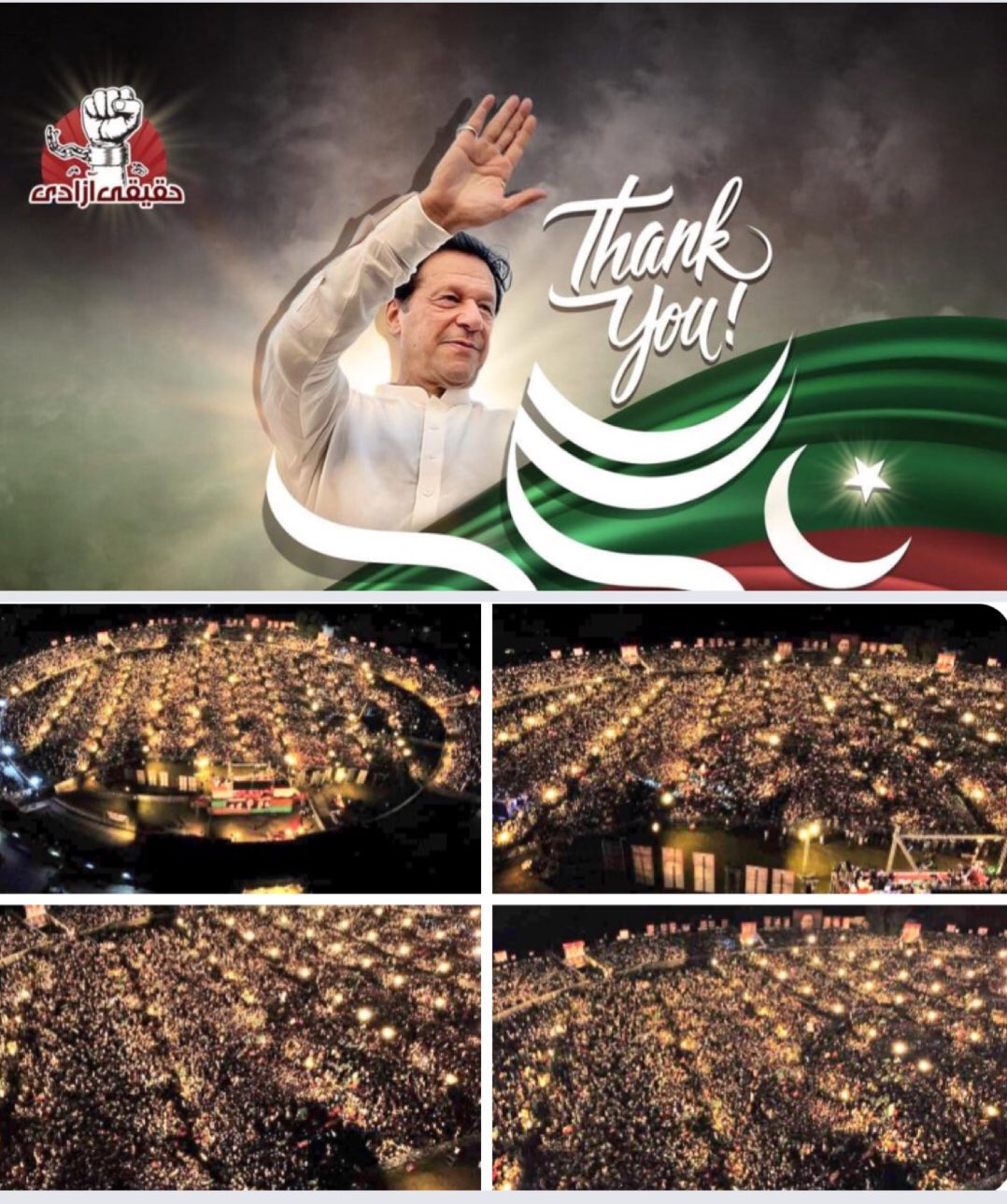 Stop the tactics you are using otherwise our movement will come towards Islamabad and you will have no place to hide.

Addressing a rally in Gujarat Imran Khan said Youth get ready we have to fight against oppression. It will not help as many FIRs as you will file against us. For demanding legal action a case of terrorism was made against me Everyone including PDM can no longer win whatever they want.

Imran Khan said that our movement is to stop corruption, we have to fight to stop the corruption of this imported government. NS attacked the Supreme Court with sticks.

Ex PM said that he used to call Justice Qayyum and say that Benazir Bhutto should be sentenced to 5 years instead of 3 years. Imran Khan never did such things and will never do such things.

He said that when he was out of power, the IMF was very bad and now it has become very good. In our government, the price of petrol was 150 rupees, now it has become 230 rupees per liter on the order of the IMF. Today, the price of oil in the world market is 96 rupees. If there is a dollar, then why is oil expensive in the country? We were also in the IMF program. Why has there been so much inflation today? They did all the propaganda against our government on inflation.