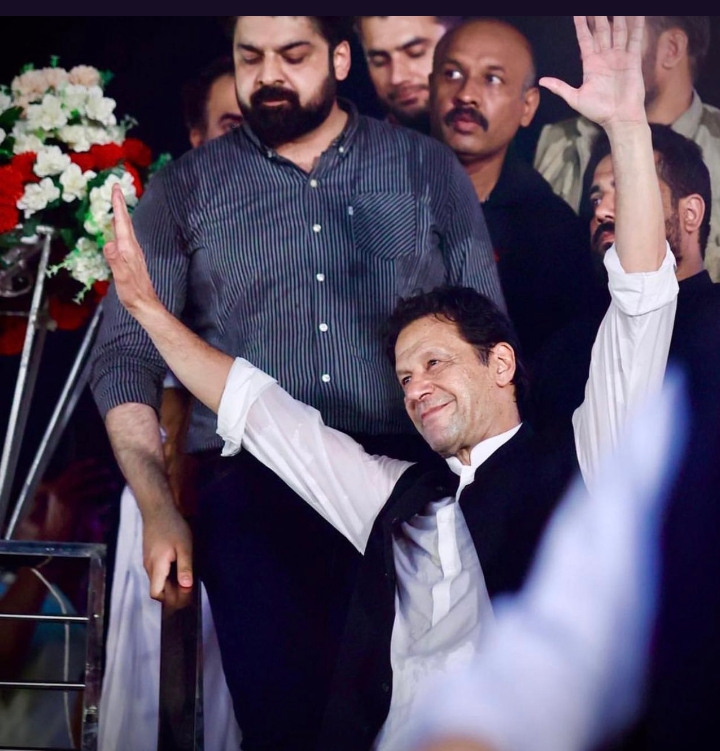 Don’t put me on the wall so much that I put before the nation the figures that have put the country in trouble, while addressing the rally, Imran Khan said that in 26 years of politics, I never thought that so many people would come to Sargodha in such a large number. I thank the people who participated in the meeting.

Imran Khan said that I want to tell the flood victims that the whole nation is with you, we will fully help the flood victims and end their problems. The fear of God and the ummah of the Prophet (peace and blessings of Allah be upon him) is that this nation believes that it is obligatory to help people to improve their hereafter.

The former prime minister said that he was proud that overseas Pakistanis had generously collected more money to help the flood victims. Will inform about it.

He said that he got his first blow in the Punjab by-elections, the Election Commission was used and all his efforts were made, but Hamza Kakadi had to go home. If so, what will happen?

Imran Khan said that he made a plan to technically remove Imran Khan from the election, while another conspiracy was made to remove him from the way. Thank you I have found out and have made a video which is kept in a safe place with the names of 4 people if something happens to me then the nation will not spare them.

Addressing the Chief Election Commissioner, he said that you want to disqualify me in the foreign funding case, if you are listening, you would have understood what foreign funding is. It should be heard in an open hearing and after my case, the Tosha Khana case of all the rulers should also be heard.

He said that the Sharif family’s London flat was bought with the stolen money of the people. Corruption destroys the country. These people steal and send money out. We have to fight for real freedom against such people.

Shahbaz Sharif throws bags to the victims from helicopters to take pictures. If Shahbaz Sharif is serious, bring back his and his brothers’ money for the flood victims. Tell me one world leader who does politics in the country and the property is kept outside.

He said that when our government was overthrown, according to the economic survey report issued by this government, the economic growth during our period was 6 percent. Tax collection was also recorded while record production of 4 crops was recorded and more money came to the farmers.

Despite the IMF program, we have given full relief to the people. Look at the graph of inflation in 4 months. Where has it reached? When we left, inflation was 18%. Today, inflation is 45%. We were told that Imran Khan caused inflation.

Addressing the media channels, he said that now, ask the people what is happening to them, envelope journalists, now ask the people about the inflation, who used to be in the markets day and night. first time for the poor man used to go to private hospitals for treatment.

Ik said that today, tell me who is responsible for the current state of Pakistan During our time, the country was developing. The ratings of international organizations were positive. People these are leading the country to destruction. The economy is falling Factories are closing down is happening.

Imran Khan further said that his only attempt is to somehow suppress Imran Khan’s voice. Never in history have so many people come to the assembly hall today.

Don’t put me against the wall so much that I put the forms in front of the nation that have put the country in trouble. I have been waiting for 4 months.