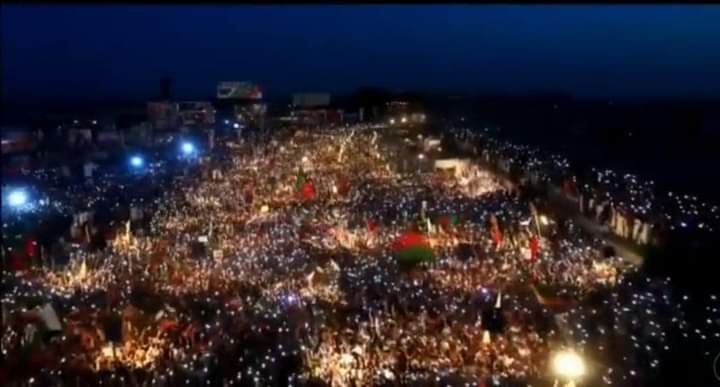 He said that the enslaved people of America are not the ones whose billions of dollars are lying abroad. Asif Zardari is the biggest disease of the country.

The former prime minister further said that those who come to Islamabad should break the chains of their fear and we have to liberate the country from the slaves of America.

He said that Maulana cannot call a person who sells diesel on a permit. Diesel has taken over the ministry in which the most money will be made.

Imran Khan also said that I thank the spirit and passion of the people of Mardan. I have come to prepare you that when you call me to come to Islamabad, you have to come.

“Those under my age are young. I am calling you for revolution, not for Islamabad politics,” he said.

I have to reach Islamabad to save the morals of my nation. I have worked hard to put the country’s economy on its feet.

He said the economy was in shambles in 2018 and there was no money to pay off debts. Saudi Arabia demanded money from the UAE and China to save the country from bankruptcy.

It was a great embarrassment for Pakistan to ask for loans from other countries.

When I found out about the conspiracy I went to the people who could have stopped the conspiracy. Unfortunately they did nothing he said.

Imran Khan said that he sent Finance Minister Shaukat Tareen and directed him to tell those who call themselves neutral that the country’s economy would be destroyed.

He further said that I know which man has conspired and the image of Mir Jafar has been imprinted on my heart.

The former prime minister said that Bilawal will go to America and ask for money to help us or else Imran will come back. I know the Americans say that no food is free.

He said that there could not be a clean and transparent election with the present Chief Election Commissioner. The Chief Justice of the Supreme Court should conduct an open inquiry into this conspiracy. 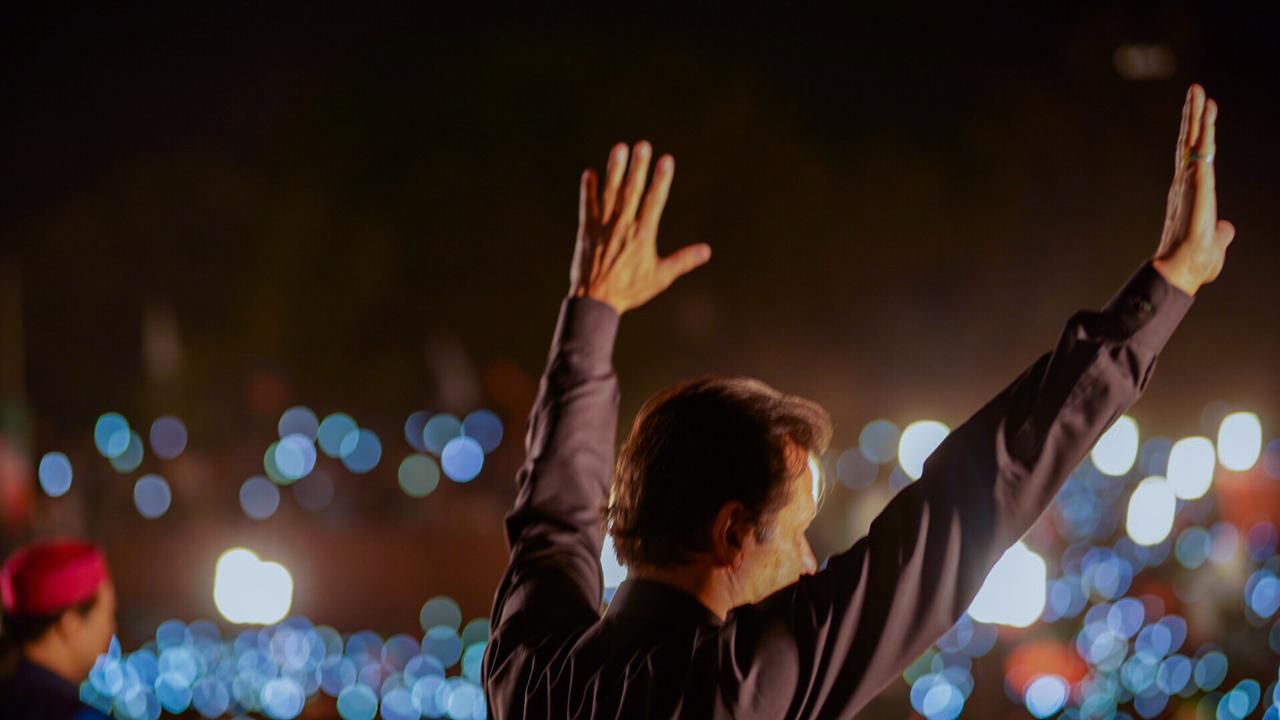 Chairman Pakistan Tehreek-e-Insaf (PTI) Imran Khan while addressing a public meeting in Attock said that when I call Islamabad, government officials should send their families to participate in the police and military march. This is the real war of independence of Pakistan.

Ex PM said I salute Dr Rizwan. Dr Rizwan was killed by Sharifs. Hamza Shahbaz had threatened Dr Rizwan. Whoever goes after the corruption of Sharifs and Zardari, they kill him.

Imran Khan said, We are a free nation. Our word frees us. There is a decisive moment in the country. An big decision is going to be made. Will we continue to be a free country or will we enslave America? Born in independent Pakistan, we were slaves in India. We had to fight the wars of the British. Millions of people died in the wars of the British. These are the people who occupy and enslave.

He said that Asif Zardari is the biggest disease of this country. It is a sign of doomsday that Asif Ali Zardari is talking about NAB and electoral reforms. Nawaz Sharif sits outside and abuses the army. Comes and starts polishing it. The third one is the one who has been selling Islam for thirty years. I call them Three Stooges. This is not politics. It is not jihad.

In his address, he said that there are 18 murder cases against the Home Minister. Nawaz Sharif’s daughter who is guilty is getting protocol. Rangers are providing security. There are cases against Shahbaz Sharif worth Rs. 24 billion. Now he is getting NRO. The FIA, which had made cases against him, is closing the cases.

He said that when I came to know about the conspiracy, I told those who could have stopped the conspiracy that they have handled the country with great difficulty. If the conspiracy was successful, it would be a great loss. The dollar is rising. Inflation is rising. Electricity is rising. Who is responsible for this?

Pakistanis! Remember, you have to go out with me for your children’s future.

Man has three kinds of fears: Death, honor, sustenance and all three. Allah has commanded that they are in my hands. So what is the fear of Bhutto? I have always promised that I would never bow down to anyone nor would I allow you to bow down to anyone.

He called our ambassador Donald Trump and said that if the mistrust fails then we will isolate Pakistan. If Imran Khan is removed then we will forgive him. We have left this biggest deficit. The country was developing. Income was increasing. Exports were increasing. The farmer was prospering. Then this conspiracy took place.