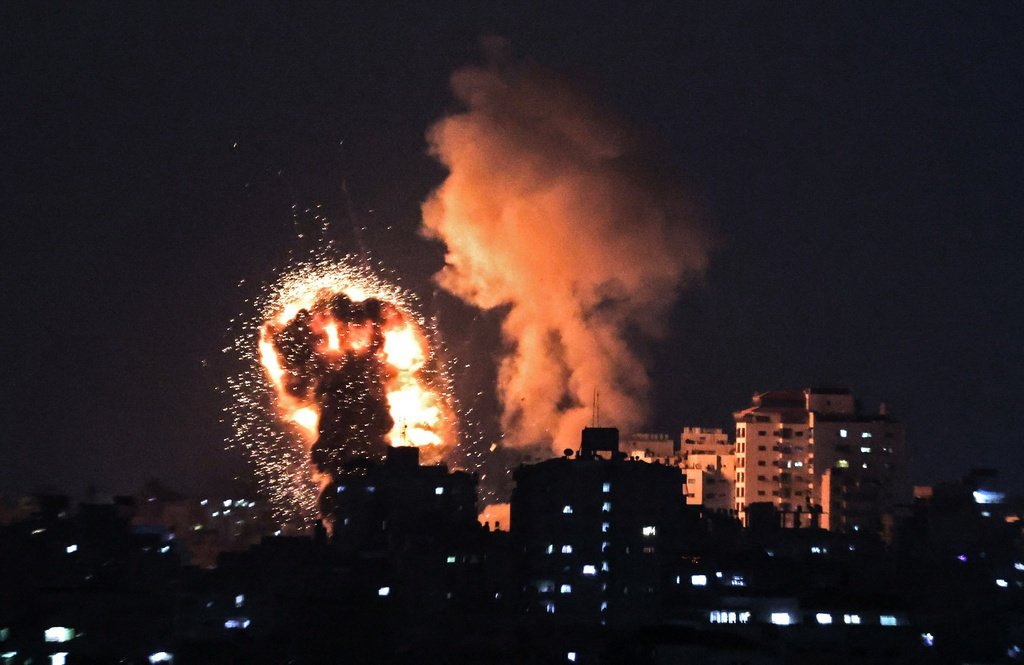 According to the details, the violence that started from Al-Aqsa Mosque in Jerusalem spread to the Gaza Strip. Ruthless Israeli forces dropped air bombs on Gaza. Israeli airstrikes from Gaza have killed 24 people so far, including children. The attacks continued on Tuesday.

According to Hamas, the number of rocket attacks has increased since the attacks on Gaza. The Israeli military says dozens of targets were targeted in Gaza last night. In the past 24 hours, more than 700 Palestinians have been injured in clashes with Israeli security forces in Jerusalem and the West Bank, while 500 are being treated in hospitals.

It is believed that a few days ago, the worshipers in Al-Aqsa Mosque were stopped from worship by the Israeli police, on which the enclosure turned into a battlefield and several Palestinians were injured in the clashes.
Palestinian protesters retaliated by throwing stones and bottles at police.
The atmosphere was tense when Israeli police opened fire and shelled the Al-Aqsa Mosque compound during the Friday prayers on the last Friday of Ramadan. The occupying Israeli army banned Muslims from entering the Al-Aqsa Mosque. Later, Muslims protested and entered the mosque and offered prayers.