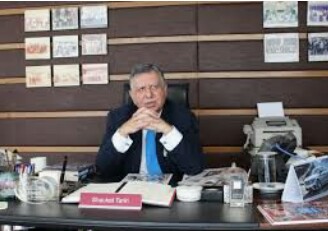 The National Assembly in meeting Standing Committee on Finance was held under the chairmanship of Faizullah Kamuka.
welcoed Committee the participation of Finance Minister Shaukat Tareen in the meeting.

In the meeting, Finance Minister Shaukat Tareen while pointing out the revision of the IMF agreement said that the IMF has committed atrocities against us. We will talk to the IMF not to increase the tariff.

ST said that it was a mistake to keep the interest rate at 13.25%. The institutions which cannot be run by the government should be privatized. I believe in the supremacy of the parliament. I have always given priority to the parliament.

The FM ST said that if the wheel of the economy turns, then the growth rate will be better. Has Those who do not pay taxes will be brought into the tax net. By increasing electricity rates, more opportunities for corruption are created.

I have been the finance minister for 10 years. I have been harassed for taxes. I will not set foot on anyone’s tail to increase taxes. I don’t see any economic plan in Pakistan. An integrated system should be brought for sustainable economic growth for 20 to 30 years.

ST said that economy in Pakistan is not sustainable even for 3 years. Growth rate can be improved through agro-industry. Pakistan spends 0.25% of its GDP on housing.

The Finance Minister said that the society of the people deprived of 70 years must be improved. 85% of Pakistan’s income is spent in only 9 cities. The what is the fault of the people of Khyber Pakhtunkhwa, Balochistan and South Punjab?