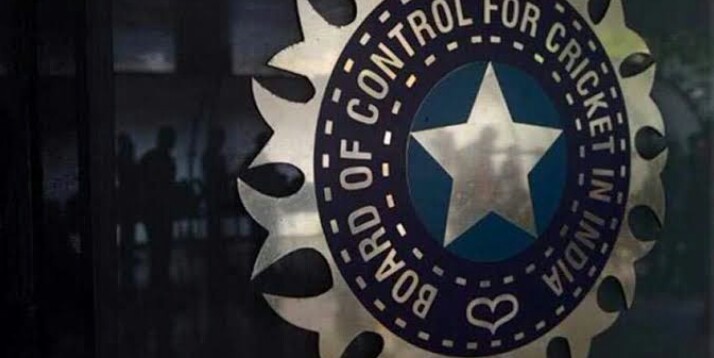 The Officials Indian Cricket Board have indicated that in view of the deteriorating situation in Corona, consideration is now being given to host the T20 World Cup in the United Arab Emirates.

Cricket board officials said that if Corona’s condition does not improve, they will be forced to move the event to the UAE and the series Not will be played until the situation returns to normal.

BCCI General Manager Dheeraj Malhotra said, “We are keeping an eye on the current situation. I am taking steps to ensure that the event may be moved to another venue.”

Explaining the second place, he said that if the T20 World Cup matches could not be held in India, they would be held in the United Arab Emirates, but the final decision rests with the BCCI.

This should be noted that despite Corona’s worst situation in India, Indian Premier League matches are going on. So far, 200,000 people have died of coronavirus in India, while more than 300,000 new cases have been reported daily in the past one week.

The Remember T20 World Cup will be held in October and November this year.

A report released by the World Health Organization (WHO) described the mutated virus as an “interesting variable”. The WHO said there were three specific mutations that could cause it to spread more rapidly and cause antibodies against it. Can weaken the process.

According to the report, scientifically, this type belongs to the group B.1.617. Analysis of the victims in India shows that this type seems to be more capable of spreading.

The WHO, the potential for the new virus to become more contagious and stronger against the human body’s immune system is being closely monitored. The World Health Organization (WHO) has asked medical agencies around the world to identify the new strain. Report to victim organization.

According to the World Health Organization, the new strain of the virus has so far been confirmed in at least 16 countries, including the United Kingdom, the United States and Singapore. Religious festivals continue Virus prevention measures will not be easy. 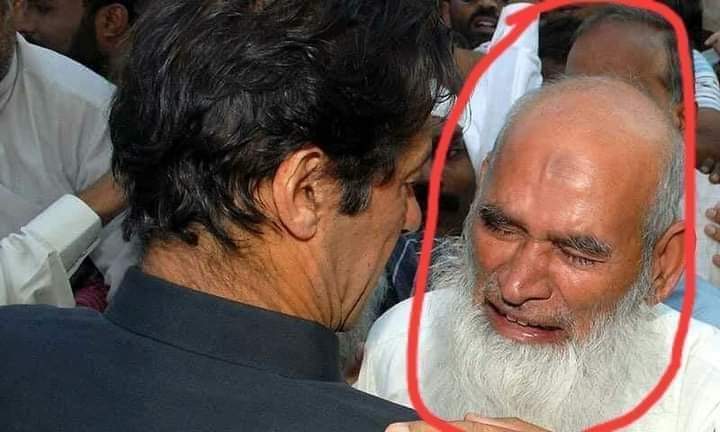 When Imran Khan came down from the stage after addressing the ceremony of building 5 million houses, a middle-aged man came in front of Khan Sahib and stopped him as soon as Khan Sahib heard the voice.

This person greeted and said after greeting
I work as a laborer. I have five daughters and a son who is disabled. We live in a rented house. Electricity and gas are not already in the house because we feed our stomachs with great difficulty. Inflation is increasing day by day. Is happening
There is never a day’s labor, never a day when my wife and children go to bed hungry

Khan Sahib remained silent and listened to the words of this person.

Sir, you have inaugurated the construction of 5 million houses, but this is also beyond my reach, because you have just said in your speech that even the lowest paid person will be able to get his own house. I do not even have a salary. How can I get my own house? …

Khan hugged him and then took him by the hand and again inaugurated the construction of 5 million houses with his own hands and looking at his ministers said
If any of you continue to bear the expenses of this elderly family, then Dr. Yasmeen Rashid raised his hand first.
Khan Sahib thanked Dr. Yasmeen Rashid and at the same time addressing the person said that whenever the first house of this project is completed, it will be given to you free of cost.

He told the second minister to take all the details of these elders. The people present at the function were so impressed by Khan’s words that in 10 minutes a donation of Rs. 4 lakh was collected for them.
These are the words of Khan Sahib’s poor upbringing due to which all the conspiracies of these enemies fail
Eyes get wet. I have never seen such a painful feeling of the poor in the history of the country. A Prime Minister who cares about them. Praise be to Allaah.
As long as there are prayers of such needy people with Murshid, no enemy can sell their hair. Inshallah Imran Khan will be a servant in every field, on every front. Amen.

According to the details, the American newspaper Washington Post, referring to the Corona situation in India, said that the second wave of Corona virus destroyed India’s health system and the Indian government left its citizens destitute.

The American newspaper said that oxygen beds and medicines were not available in the hospitals and no one was answering the phone or helping in the government hospitals.

There are long queues for oxygen cylinders and the government’s official helpline is not working. The Indian citizen says that the state is nowhere to be seen in difficult times.

The Washington Post reports that in New Delhi, people have volunteered to help instead of the government.

The unavailability of facilities with Corona is also leading to deaths while PCR tests are being sought from those who come to the hospital in critical condition. 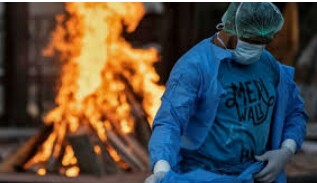 Indian media, 3.5 to 4 lakh cases are being reported in India on a daily basis. Crematoriums and cemeteries are full. Police have arrested the accused involved in this work.

In Kanpur, coronaviruses have been collecting large sums of money in the name of the last rites of those who died of the virus, after which the administration took action and arrested a person who had benefited from the epidemic.

Corona-affected people are being treated for free by the government, while the last rites of patients dying of the plague are being performed at government expense, yet some people are taking advantage of the deaths. ۔

Due to the corona virus, people have distanced themselves from their patients and even in the last rites, heirs and relatives do not like to touch the corpse due to fear. In this case, ward boys and ambulance drivers in hospitals In the name of lifting and their last rites, they are asking for money.

The district administration arrested one such ambulance driver who was receiving a large sum of money in the name of last rites. 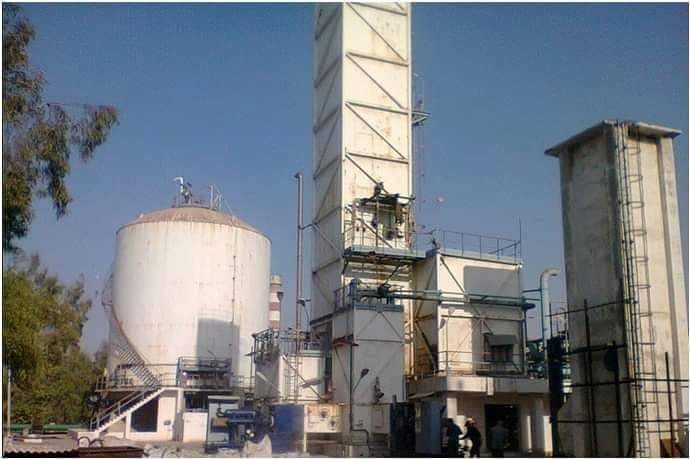 Oxygen plant of Pakistan Steel Mills closed since 2015 has the capacity to produce 520 tons of oxygen gas per day.
It will take 8 to 12 days for the plant to fully recover.
The plant employed 40 people, some of whom were laid off and are now unemployed.
The plant was shut down while it was operating in 2015, citing the need for oxygen when steel is not being made.

But now that the country is in dire need of it, the supply of oxygen can be ensured in less than a week by working 24 hours on an emergency basis.

Restoring the plant will require some foreign experts who can be brought to Pakistan by special aircraft under the current circumstances.
The Government of Pakistan is requested to immediately restore the oxygen plant of Pakistan Steel Mills.

And if work is done on an urgent basis, an abundant supply will begin in a week. And instead of politicizing it, serious action is urgently needed.
The government of Pakistan can immediately block the way of illicit earnings of those who have started selling 18,000 oxygen cylinders for 25,000.
Both the government and the people of Pakistan should take action against such people. It is not the responsibility of the government but of the people. The people should keep a close eye on the mafia selling expensive oxygen cylinders. Let all the institutions fulfill their responsibilities for their country and people in this difficult time.

Addressing the online seminar of Corporate Pakistan Group, Fawad Chaudhry said that 1.7 million people have been vaccinated in Pakistan. The target is to vaccinate 26 million people immediately. In the long run, the government will vaccinate 100 million Pakistanis. Wants to be vaccinated

The Federal Minister said that I am creating a surplus pool in the Ministry of Information to activate the dead assets of Radio Pakistan.

Fawad Chaudhry ruled out the possibility of Governor’s rule in Sindh and said that Governor’s rule in Sindh is nothing more than a political slogan. Votes in Sindh and Karachi are given on linguistic and verbal basis. Performance in Punjab, Khyber Pakhtunkhwa and Balochistan. Proof is found. Performance will not be put in Sindh. Problems will not be solved until Karachi city is clean. 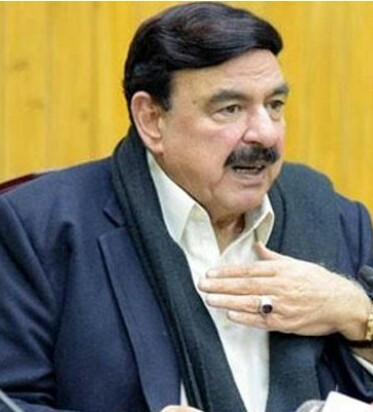 Interior Minister Sheikh Rashid Ahmed has made an important announcement regarding the deployment of Pakistan Army and Civil Armed Forces to assist the civilian government. He has released a video message in this regard.

Sheikh Rashid said that Corona presided over an important meeting on the situation after which a notification has been issued for the deployment of troops in Gilgit, Kashmir including 3 provinces of the country. 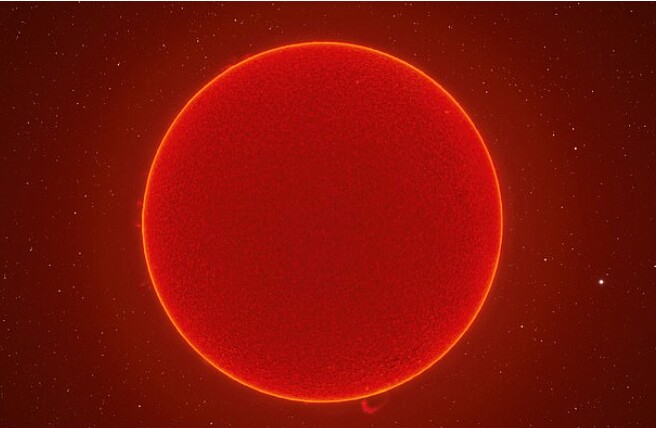 An astro photographer has released a deep red and warm image of the sun containing 10,000 images, which is said to be the clearest image in history to date.

According to a report by a foreign news agency, Megarthi has been photographing the sun and the moon for the past three years, but this year he decided to complete a unique challenge.

The photographer took thousands of images of the sun with the help of an ultra-sharp solar telescope and combined them layer by layer to create a completely comprehensive and clear image.

The 230-megapixel image shows the sun in depth, emitting a bright red light in a dark sky. Will also make more pictures like this.

The weekly inflation data released by the Bureau of Statistics shows that the overall rate of inflation has come down in a week.

In the first week of Ramadan, overall inflation eased and prices of various essential commodities remained stable, according to a report released by the Bureau of Statistics.

According to the report, prices of some essential commodities also declined while prices of 26 basic commodities remained stable.

According to the statistics agency, prices of tomatoes, onions, eggs, garlic, sugar, diesel, petrol and LPG have declined in a week, while rates for sugar and 10 kg flour bags have also come down.