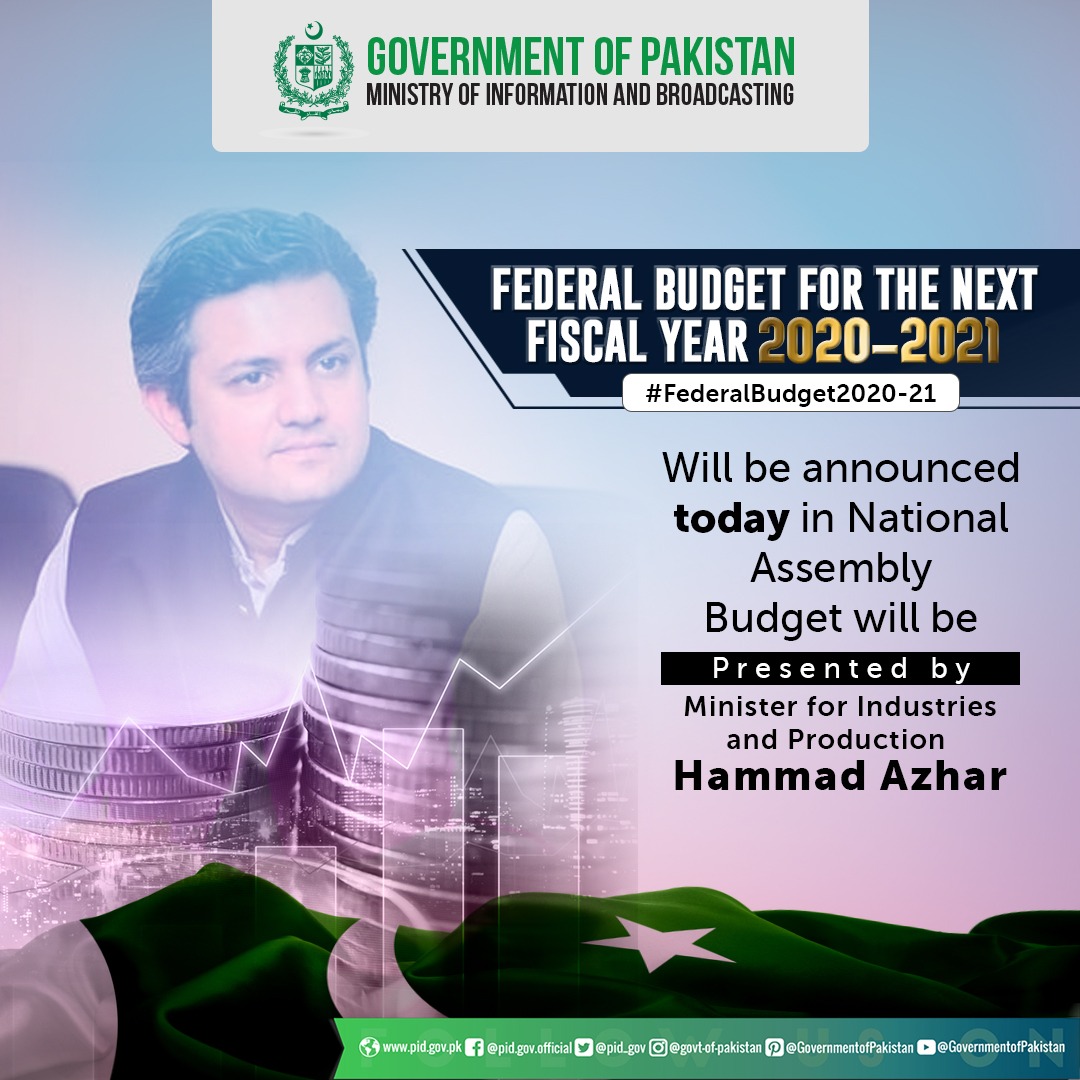 The PTI government today presented the budget for the next financial year 2020-21. Federal Minister for Industry Hamad Azhar presented the budget for the next financial year in the National Assembly. Prime Minister Imran Khan was also present in the House on the occasion. The total volume of the federal budget has been kept at Rs 7,295 billion which is 11% less than the financial year 2019-20 while it is facing a deficit of Rs 3,437 billion.
Before the budget speech, Hamad Azhar said that the budget deficit inherited from the economic crisis had reached the peak of 23 2300 billion, while the current account deficit was at the peak of 20 20 billion. The debt of the SBP had reached an extreme level of Rs 1,200 billion. No steps were taken by the previous governments to curb money laundering, as a result of which we were included in the gray list of the FATF. Billions of dollars were left which brought the country close to bankruptcy.
When the government took over, it became difficult for us to pay the interest. Our government paid 5,000 billion rupees in interest which we had to pay due to previous governments.
Debt repayment

Hammad Azhar said that during the next financial year 020-21, the fiscal deficit will be 7% of GDP. Billions of rupees will be borrowed from long-term and 184 billion rupees from short-term external sources. Rs 1,413 billion will be set aside for interest payments on loans.

During the budget speech, Federal Minister for Industry Hamad Azhar said that a package of more than Rs 1,200 billion has been approved for the eradication of Corona virus, Rs 71 billion has been allocated for the purchase of medical equipment and Rs 150 billion for poor families. Have gone

During the budget speech, Federal Minister for Industry Hamad Azhar said that in the current budget, it is proposed to increase the sales tax for shopkeepers from 14 to 12 percent. No new tax has been imposed in the budget to provide relief to the people. Among the priorities, in the budget for the next financial year, it has been proposed to increase the limit of purchase without ID card from Rs 50,000 to Rs 100,000.

Federal Minister Hamad Azhar said that Rs 12.89 trillion has been set aside for the defense sector in the budget for the next financial year.

Decision not to increase salaries and pensions

The noise of the opposition

On the other hand, during the budget session, the opposition made a fuss and also carried placards of Chinese thieves while the opposition members stood on their seats and protested.