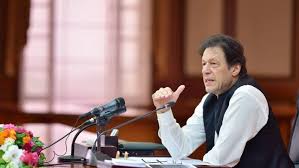 Islamabad: Prime Minister Imran Khan has made significant changes to the federal cabinet after the investigation report of flour, sugar crisis.

According to the details, Federal Minister Khusro Bakhtiar’s letter was changed to the Ministry of Economic Affairs, while the Prime Minister of MQM Pakistan’s Khalid Maqbool Siddiqui has resigned, and MQM’s Amin-ul-Haq has been replaced by telecommunication. Has been given a pamphlet.

Fakhram has been given the Food Security Ministry and returned to the cabinet of Babar Awan. He has been appointed as the Prime Minister’s Parliamentary Affairs Advisor.

Similarly, Hamad-Zahir has been given the post of Minister of Industry, while Shahzad Arbab, Advisor to the Prime Minister has been removed.

Jahangir Tareen has been removed from the chairmanship of the Agricultural Task Force after taking action against the Chinese crisis officials earlier.

Sources say further action will be taken once the results of the investigation are revealed.

Jahangir Tareen, on the other hand, termed the investigation report as political and caste attack. He says that the prime minister behind the report is Azam Khan, the principal secretary of the prime minister. An incomplete report was issued to target me.

He said that employees were called from house to house during the lockdown, Azam Khan was making favorable decisions by making a fortune around the prime minister and would challenge if the commission was held responsible.

The scope of the investigation, whether Chinese exported or imported, is wide

Sources say the record regarding sugar, wheat stocks has been sent to Franzak.

FIA has also investigated Jahangir Tareen’s chief financial officer on the issue of flour sugar crisis. FIA personnel have been at Jahangir Tarin’s office since March 20.