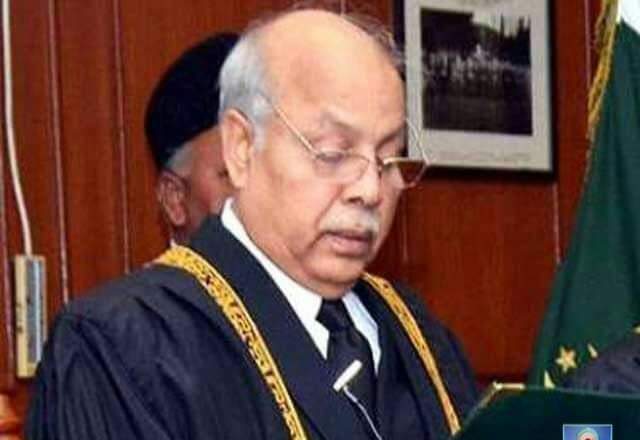 KARACHI: Chief Justice Pakistan gave remarks in a case related to the elimination of encroachment in Karachi saying that neither the city government is working nor the federal and provincial government is working.
Karachi: Supreme Court orders complete restoration of Kidney Hill Park
What sparked the city in interest, Chief Justice Mayor Karachi and Sindh government is deeply disturbed
A case was heard in the Supreme Court Karachi Registry headed by Chief Justice Pakistan Gulzar Ahmed regarding the abolition of city encroachments, in which the Attorney General, Chief Secretary, Commissioner Karachi and other officials appeared before the court.

At the beginning of the hearing, the issue of encroachments was discussed in Delhi Colony and Punjab Colony. Chief Justice Pakistan asked how the construction was taking place in these areas. Tell us how these constructions took place, who gave permission? The cantonment board officials said that we have taken action and are taking action.

Chief Justice Pakistan asked Advocate General Sindh why you do not legislate. Shall we make law? We will not create a committee or commission. You follow the law.

Chief Justice Pakistan said that Karachi is a city of millions of people. We do not want to say anything that may hurt, there is no hope.

Court Conversation Board Counsel Dialogue How Can You Allow Multi-Storage Buildings? These Delhi Colony etc are made of 1950. You are stating new rules, can Ground Plus One be allowed and how did such tall buildings become? Finish up all open ground, the area is full of portions.

Order to demolish illegal construction in Gazri Road, PNT Colony, Punjab Colony and Delhi Colony
The court ordered the immediate demolition of all the illegal construction of public quarters, saying that the quarters should be vacated and given to the employees of the federal government.

The Supreme Court, while praising the Director Land Cantonment Board, said that to fill up the treasury and say there were illegal constructions, eyes were closed when money was being collected.

We know the DHA story too, if we review it all will be illegal: Chief Justice
Chief Justice Pakistan said that 9.9-storey buildings are being built, demolish them all, it is so bad you guys close your eyes and walk? Government lands were handed over to you by people, what did you guys do to this trust?

Justice Gulzar Ahmed said that we also know the story of DHA. If we review, all the leases will come out, all leases will expire, I will also be finished.

The Chief Justice said that take the Jahangir Road people and take the government to vacate their land. On this the Attorney General took a stand that would give me time, resolve with the stakeholders.

Order to build a vegetable park on the canal
The court asked the Chief Secretary to give recommendations on the complete elimination of encroachments, resettlement of slum dwellers and settlement of the victims. Also, through the media, recommendations from relevant experts.