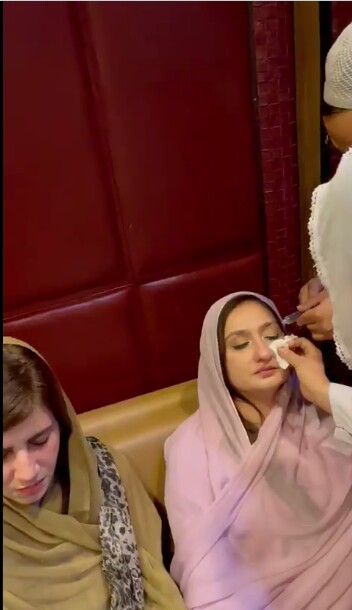 According to details, after allegedly using abusive language by one member in the post-budget National Assembly session, government and opposition members made noise and threw copies of the budget at each other.

The opposition parties and members of the government used foul language against each other and attacked each other.

Malika Bukhari, a female MP, has been hit in the eye by a budget book, which has injured her eye. The PML-N MLAs have no sense of respect and dignity for women.

He said that attacks on women members of the government were not correct and if the atmosphere in the House deteriorated then we would all be responsible for it. There are also members of the opposition who are against Shahbaz Sharif.

Said he that there are some members of the Assembly in the opposition who do not want to see a good atmosphere in the House. The action should be taken against those who spoil the atmosphere of the House.

Qasim Suri suggested to the government and opposition members that we should encourage them to listen to each other. The assembly has its own values. No abuses should be given. No one will benefit from undemocratic attitudes.

PTI National Assembly Member Ali Nawaz Awan said that our people and I were chanting slogans while Rohail Asghar and an MNA were abusing. The opposition members are crossing their boundaries in the Assembly. I agree that the atmosphere of the House It shouldn’t be bad. When the members of the opposition shouted, we also became emotional.

1 thought on “ISLAMABAD: Pakistan Tehreek-e-Insaf (PTI) MPA Malika Bukhari was injured as a result of a commotion in the National Assembly session.”