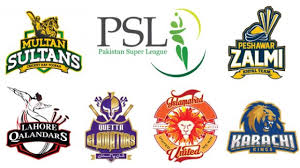 PSL has set the flag of success, PSL has become a shining star on the horizons of successful global leagues, with Pakistan Superleague from all over the world receiving strong support like the IPL and Big Bash.

Former Australian cricketer Brad Hogg compared the PSL to the IPL, saying that the Pakistan Superleague had more impact.

On social networking website Twitter, he gave both the leagues 9 out of 10, saying that the Pakistan Super League has more influence because cricket has returned to Pakistan from the PSL.

The Australian cricketer said the Indian Premier League has a large number of viewers worldwide and is viewed with interest.

It is important to note that Pakistan Superleague Season Five is all set to end successfully, with both the semifinals of the event being played tomorrow and the final to be held in Lahore on March 18.