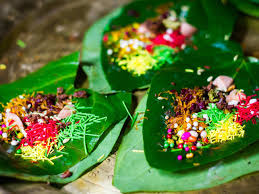 Abu Dhabi: UAE authorities confiscate 235kg of intoxicants and over 17,000 unidentified cigarettes based on confidential information.

According to details, police in the UAE’s Ras Al Khaima have seized thousands of unidentified cigarette packets, several kilograms of drugs and other prohibited items from a warehouse.

The Ras al-Khaimah municipality raided the office of a cleaning and electrical company, in collaboration with the Human Resources and Police Ministry. Reportedly, the suspects were caught red-handed while storing prohibited items in the upper floor.

Local media said that up to 235.2kg of unauthorized drugs and 17,180 boxes of unidentified packets of cigarettes were found.

Among the items recovered during the raid operation were eight sacks of rice, each containing 285kg, 96 bottles of soft drinks, 45kg of lentil seeds and 429 eggs.

Sources said that the goods and the banned goods were confiscated while heavy fines were also imposed on the company.

The United Arab Emirates is banned for posing a threat to health and the environment. “It defiles the city.