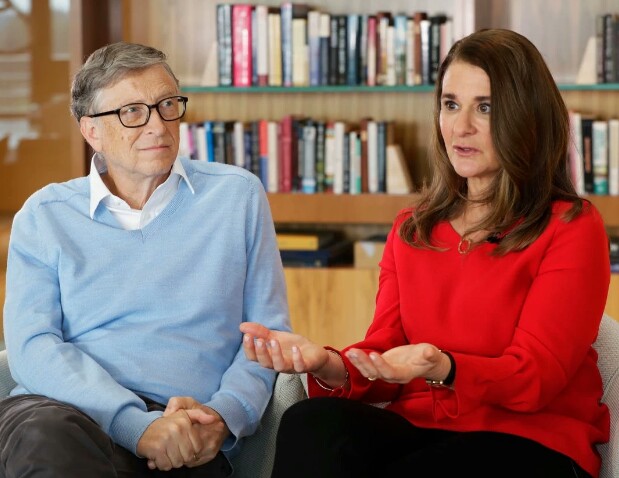 Bill Gates, the founder of Microsoft and the world’s fourth richest man, and his wife Melinda Gates have decided to separate after 27 years of marriage.

According to the details, Microsoft founder Bill Gates and his wife Melinda Gates announced their separation after 27 years. In a message on the social networking website Twitter, Bill Gates and Melinda Gates said that our 27-year journey has come to an end.
We have formed a joint foundation for the upbringing of three children who are working to lead people around the world to a healthier and constructive life. To continue this charitable mission, the Bill & Melinda Gates Foundation continues to work together. However, as a couple, we can no longer live together, so after much deliberation, we have decided to separate.

The bill Gates is one of the richest people in the world. According to Forbes, Bill Gates is the fourth richest person in the world with a net worth of 12 124 billion. Bill Gates and Melinda first met in late 1987. Melinda began working as a product manager at Bill Gates’ company, Microsoft. The two were married in 1994 on the island of Lanai, Hawaii, and have three children.

Bill Gates and his wife, Melinda Gates, co-founded the Bill & Melinda Gates Foundation, a charitable organization, in 2000. Since then, the foundation has spent huge sums of money on health, poverty alleviation and various other projects.