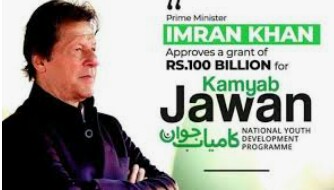 According to details, Finance Minister Shaukat Tareen had a meeting with Usman Dar and discussed the allocation of significant amount for youth in the next budget.

The two leaders agreed to achieve the targets by 2023 in the next financial year itself and four different categories were decided for the distribution of funds.

It was decided in the meeting that the government would provide Rs. 1 lakh to 5 crore. Shaukat Tareen said that the process of distribution of money among the youth should continue uninterruptedly.

Finance Minister said that the successful youth program is a flagship project and will meet the expectations of the youth.

The usman dar said that he was grateful for the personal interest and efforts of the Finance Minister. He directed the Prime Minister to take steps to uplift the youth who are investing directly in their youth.