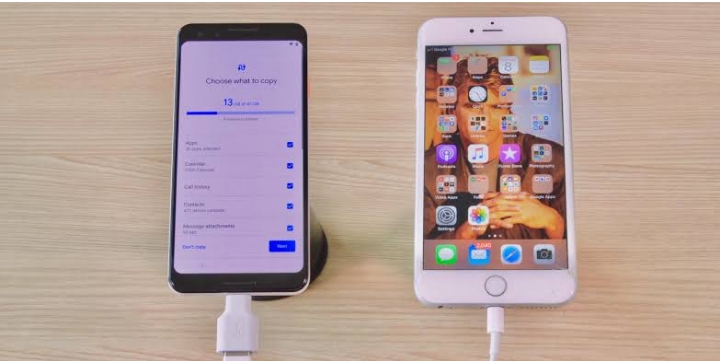 The federal government has increased the rate of advance tax on telecom services from 10 per cent to 15 per cent in the mini budget as a result of which consumer who charge a balance of Rs 100 will now get a balance of Rs 72.80.

With the approval of the mini budget there will now be a deduction of Rs. 13 in the form of advance tax from the balance of Rs. 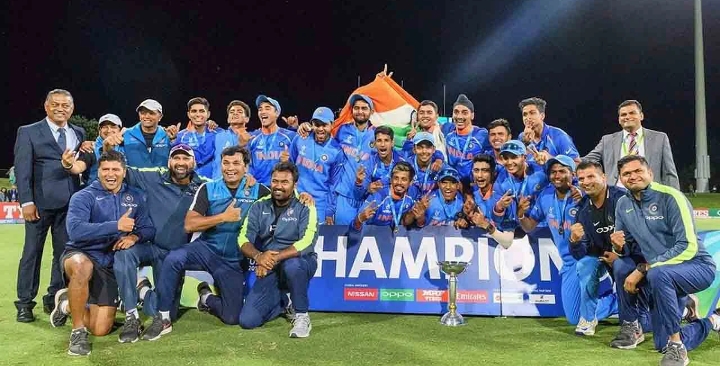 India defeated Sri Lanka by 9 wickets in the final of the Under-19 Asia Cup Cricket to clinch the title.

Sri Lanka scored 106 for 9 in 38 overs in the final Sri Lanka’s innings was limited to 38 overs due to rain.

India later got a target of 102 runs in 32 overs under the Dickworth Lewis method which they achieved in 21.3 overs for the loss of one wicket. 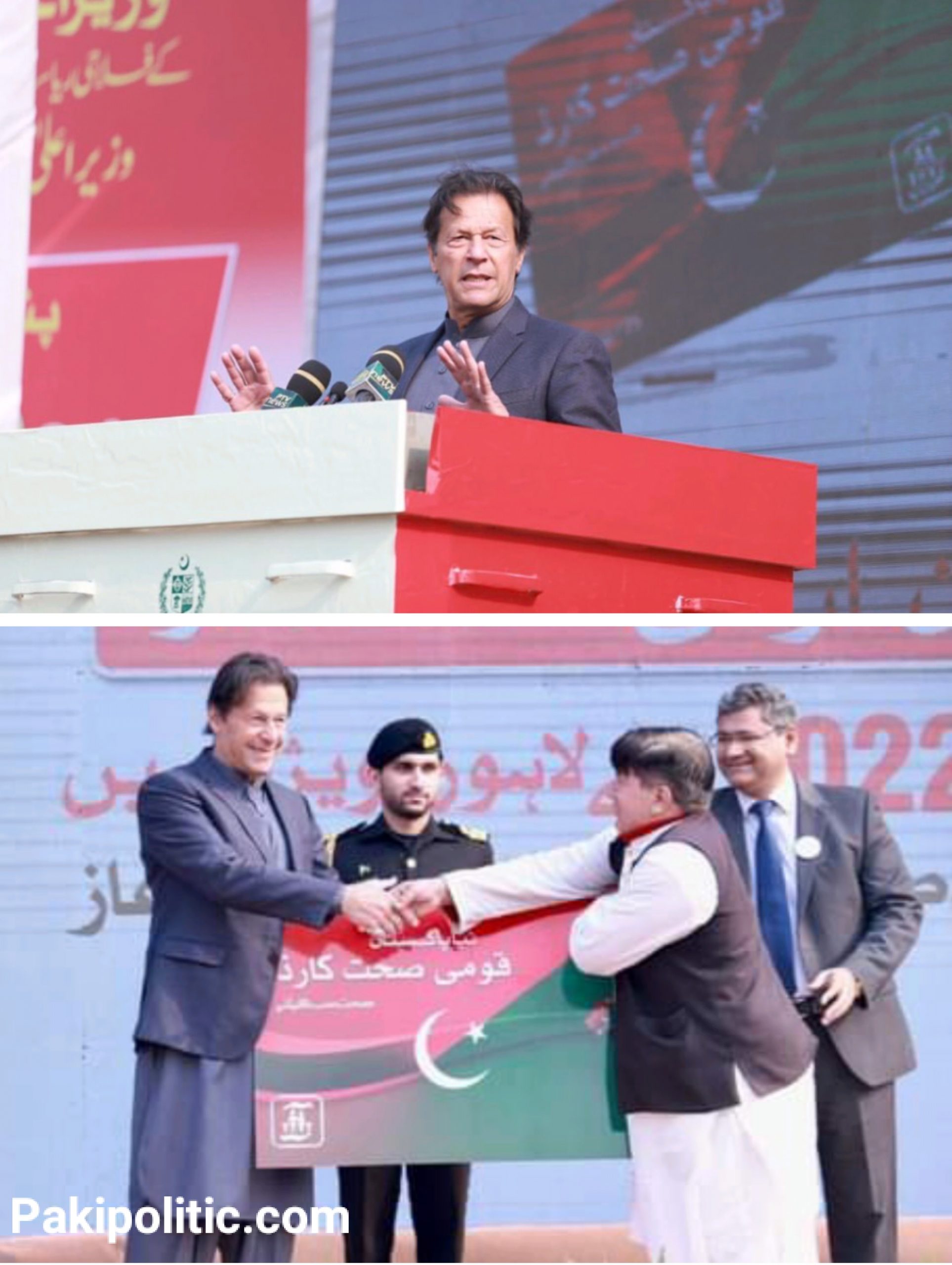 Addressing the distribution ceremony of New Pakistan National Health Card at Governor House Lahore, Prime Minister Imran Khan said that health insurance for every family of Punjab at a cost of Rs 400 billion is the biggest step towards welfare state in the history of the country. Until then, every family in Punjab will have a health card which will enable them to get treatment up to Rs 10 lakh per annum.

The Prime Minister on this occasion inaugurated the distribution of National Health Card for Lahore Division and paid tributes to the Chief Minister of Punjab and his team for this revolutionary initiative.

The Prime Minister said that not everyone can make such a big decision. To date no government has made such a big decision. For the first time during his visit to UK he saw a welfare state. May the whole country prosper. When our Prophet created the welfare state of Madinah, he took responsibility for the weaker sections and for the first time brought such a model but sadly this model is not seen in the Muslim world and this European Seen in countries.

Allah Almighty showed us the way that whoever walks on the path of Rehmat-ul-Alamin Allah will be glorified by Allah Almighty. He said that I can say with full confidence that Pakistan has more resources than any other European country but unfortunately our People are thirsty to go to European countries because there is prosperity.

The only country in the history of the world that has been built in the name of Islam is Pakistan but we have not followed the path that leads to the welfare state. We should know that no Asian tiger can compete with the state of Madinah.

The present government is walking on the path which is the path of greatness of the nation. Now every family in Punjab will get health insurance from۔

He said I want to tell the people that Allah Almighty has commanded in the Holy Qur’an to follow the path of mercy of the worlds and this path is the path of improvement for us and it makes man a great human being.

The Universal Health Insurance scheme will revolutionize the health sector which will create a health structure as earlier the government had to spend funds to build hospitals like the amount spent on construction of new hospitals in Punjab at present. The private sector will build the hospital itself after the said project. The government will provide it with incentives including provision of duty free imported land for medical equipment.

The Prime Minister further said that for the first time in history, the government has arranged loans from banks for the low income group for which loans of Rs. 110 billion have been sanctioned while Rs. 34 billion has been disbursed to the people. Loans are being provided to one lakh families to build houses through brotherhood while interest free loans of 5 lakh are being provided for business in cities and villages. The purpose of all these measures is to follow the path shown by the state of Madinah.

It is gratifying that Punjab has boldly launched a health insurance scheme and we are fully prepared to address the issues that stand in the way of this scheme and by March all Punjab households will get a health card.

Oppo Chinese company that has made a splash in the mobile world, is presently working on its new flagship phones Find X5 series, as well as the first foldable phone. Still, Opus is also offering low- cost smartphones.
Lately, this Chinese company has introduced a new and low priced phone called A Series which will be the first to be vended in China.

Oppo A11S 4G is very low cost with great features that will soon be launch in other countries as well.
Oppo K11 S features an emotional 6.5 inch TV display with HD Plus resolution and 90 Hz refresh rate support.
Regarding the new series, the company says that low end smartphones don’t generally offer such a refresh rate, but Oppo has included it in cheaper phones.

An emotional 8-megapixel selfie camera on the front of this phone is hidden in a punch hole design.
The phone comes with Snapdragon 460 processor and 4 to 8 GB RAM and 64 to 128 GB storehouse options.
This series of Oppo is offered in confluence with Android 10 operating system Kwaw S7.2, while a more important battery of 5000 mAh is also a part of this phone.
The Oppo A11S is astonishingly equipped with 3 cameras.
It should be noted that the main camera of the phone is 13 megapixels along with 2 megapixel depth and 2 megapixel macro cameras.
Speaking of the price of Oppo A11S series phones, the model with 4 GB RAM and 64 storehouse will be available for further than Pakistani rupees and the interpretation with 8 GB RAM and 128 GB storehouse will be available for further than Pakistani rupees. 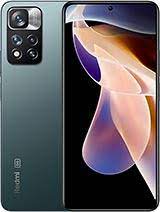 Xiaomi, a Chinese mobile company, is known around the world for bringing new models to the market and introducing more than one feature.

Xiaomi Vice President Manu Kumar Jane’s tweet has caused a wave of happiness among Xiaomi’s fans. Manu Kumar Jane says in his tweet that it usually takes 30 minutes for a smartphone to be charged but the phone launched by Xiaomi on January 6 can be fully charged in just 15 minutes.

The company will introduce the Xiaomi Mi11i Hypercharge 5G model to its customers on New Year’s Eve.

Speaking in the National Assembly, Federal Minister for Planning Asad Umar said that a storm had been raging for some weeks now that Imran Khan had gone. The opposition had to mobilize the people. People will stand on the chair and overthrow this government.

He is not ashamed. His defense minister was working as a financier or a laundress. He was teaching us national security. He invited Modi to his wedding. How can he talk about national security? It is a matter of shame to be sent after drinking tea. They are talking about the surrender of Pakistan. Some are ashamed, some are ashamed.

FM Asad umer said that a man who ran away from London after the corona virus came and updated his job application. President Shahbaz Sharif said that the Corona lockdown should be implemented. Adopted the best policy during Corona. 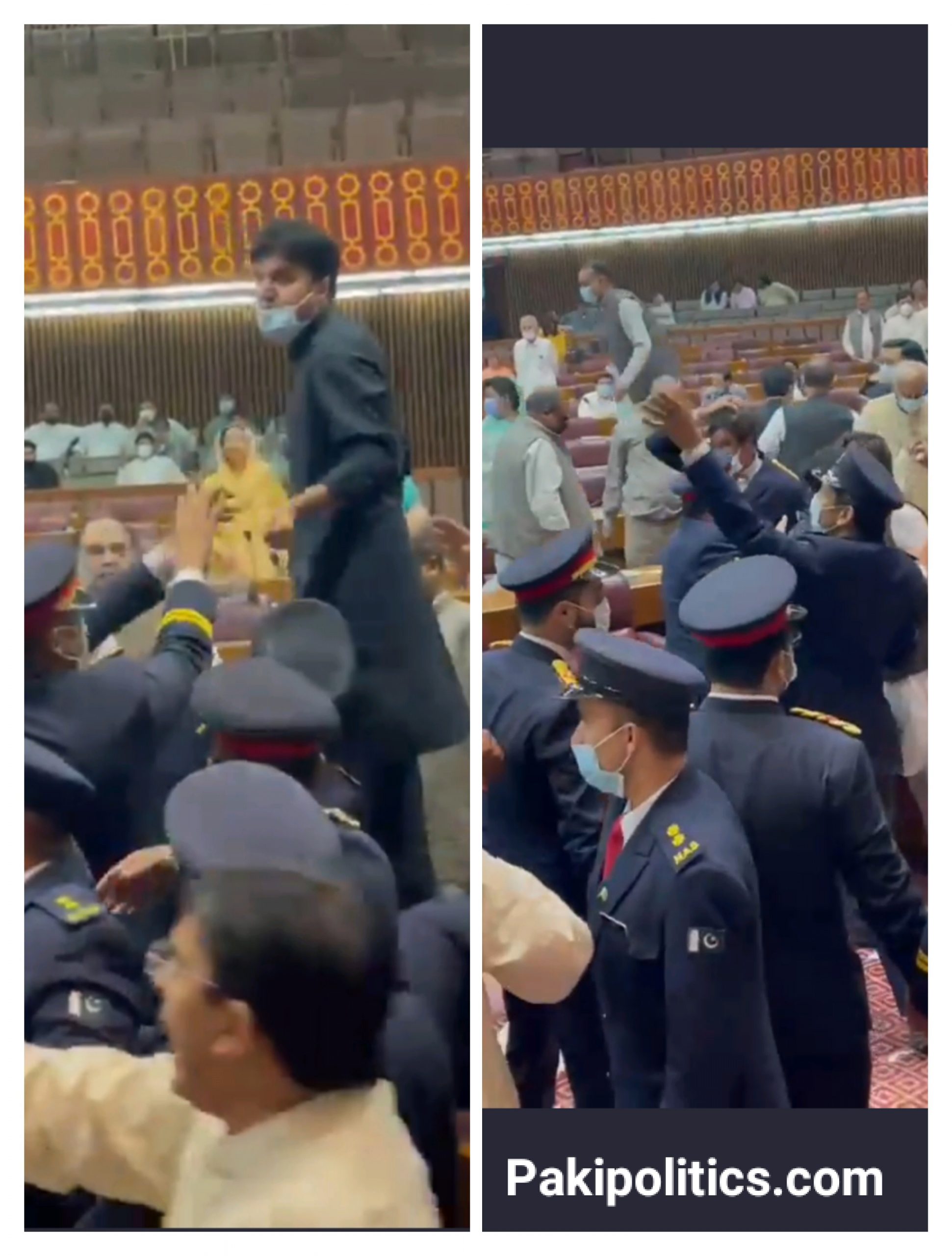 National Assembly session Babar Awan Advisor to Prime Minister Imran Khan on Parliamentary Affairs, presented a resolution in the House to suspend the rules. After which the resolution to suspend the Rules was passed. done.

Opposition members surrounded Speaker Dice and tore up copies of the agenda.

PPP leader Naveed Qamar said that 6 out of 8 ordinances have expired and those ordinances which have expired cannot be billed. Therefore, it is unconstitutional and illegal to introduce an expired bill.

Expired ordinances are like putting a dead person to death he said.

Babar Awan said that we had filed the ordinance in the assembly in time and this ordinance is legal.

Opposition members also surrounded the seat of Shaukat Tareen at which point Speaker Asad Qaiser directed the members of the opposition to return to their seats.

The opposition demanded a count on the motion to introduce the bill after which National Assembly Speaker Asad Qaiser directed a count. 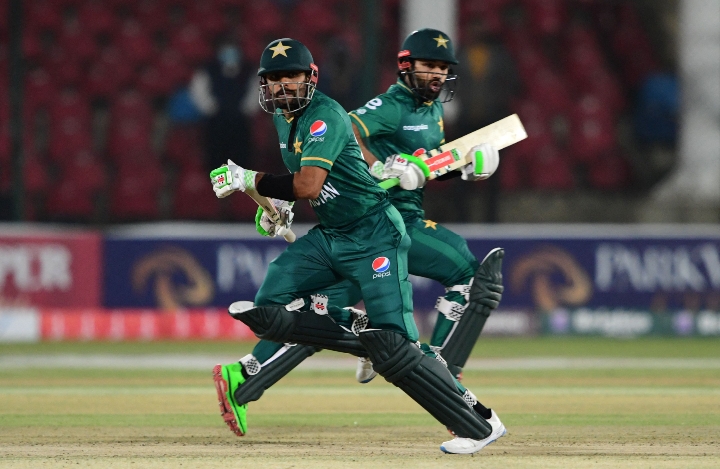 Named has national team captain Babar Azam as the ODI men’s player of the year announcing the Players of the Year for the men’s one-day internationals. 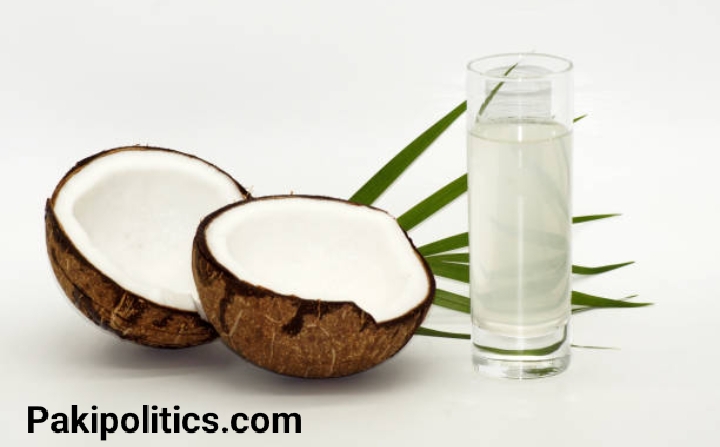 So when you lose these electrolytes due to dehydration, it replenishes them as naturally as possible in many other nutrients such as calcium, magnesium potassium and phosphorus.

Coconut water is very useful for oral hygiene as it helps in improving bone and dental health for very beneficial for mental health.

Can save your life

Hot coconut only kills cancer cells
In a cup, cut 3 to 4 finely sliced coconut flakes, put it in hot water and let it boil.

It will become alkaline water. Drink it every day. This water is very useful for everyone.

Hot coconut water releases an anti-cancer substance which has proved to be the latest advancement in the effective treatment of cancer in the medical field.

Hot coconut juice also affects cysts and tumors. It is extremely useful in treating all types of cancer.

Coconut juice destroys all deadly cells. It does not affect healthy cells.

Include in the amino acids and Coconut water guarantees your health 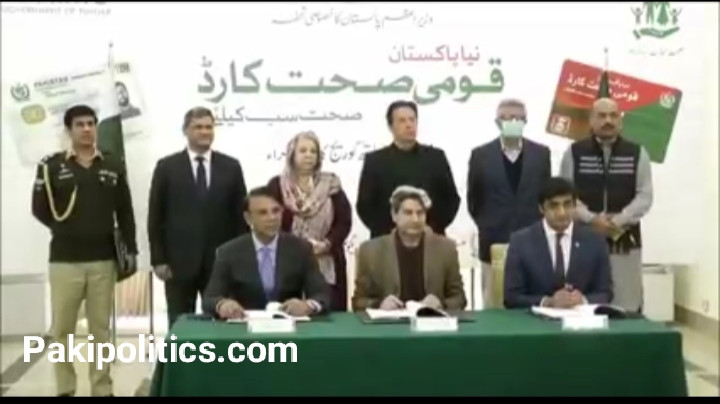 The Universal Health Coverage Agreement has been signed between the Federal Government of Punjab and State Life Insurance and a Memorandum of Understanding has been signed in this regard.

Special Assistant Dr. Faisal Yasmeen Rashid and other senior officials were also present on the occasion. PM had announced a health facility program in Punjab this year.

Under the Universal Health Coverage Program all the citizens of Punjab will get free treatment on admission to the hospital. Each family will be provided free health insurance of Rs. 1 million per annum.