A research report by a foreign institute on epidemiological diseases says that by taking care of 12 things outside the home, one can be protected from the corona virus.

The report says that the most important point is social distance
The following things should be taken care of when going out of the house.

Experts say that while the mask prevents germs from reaching the mouth and nose, its use reminds people that they also need to be protected from infectious diseases, so the mask must be used to differentiate oneself at all times. Avoid issues.

Take special care when using door handles in various places outside the house, especially toilet door handles as the virus stays on steel items for 3 days, so when opening the door, try to use elbows or hands. I have gloves.

The handles of trolleys used for shopping in supermarkets can be a breeding ground for germs.

Take special care to clean the handle of the trolley thoroughly with disinfectant solution whenever it is used.
Wash hands thoroughly with soap or use a sanitizer as soon as possible after purchase.

Germs also accumulate on elevator buttons, so try to press the button with your palm or something instead of your fingers.

Currency transactions can spread the Corona virus rapidly, so every effort should be made to pay by card. If this is not possible, the currency should be sanitized.

Care should also be taken to avoid the place where everyone touches the sanitizer installed in public places.

The corona virus must be present on the bank’s ATM buttons, so try to use the ATM wearing gloves or pressing the buttons with the back of your fingers.

Packets of groceries
There is no need to pick up every packet or box when buying groceries from the market. After thinking carefully, just choose the item to buy and pick it up.

Stairs are common stairs
Germs can also be present on the handles of electric or public stairs in markets or public places, so avoid touching them.

Avoid touching food menus in restaurants as they are rarely treated with disinfectants. If you touch menus, do not touch your mouth or nose before washing your hands. 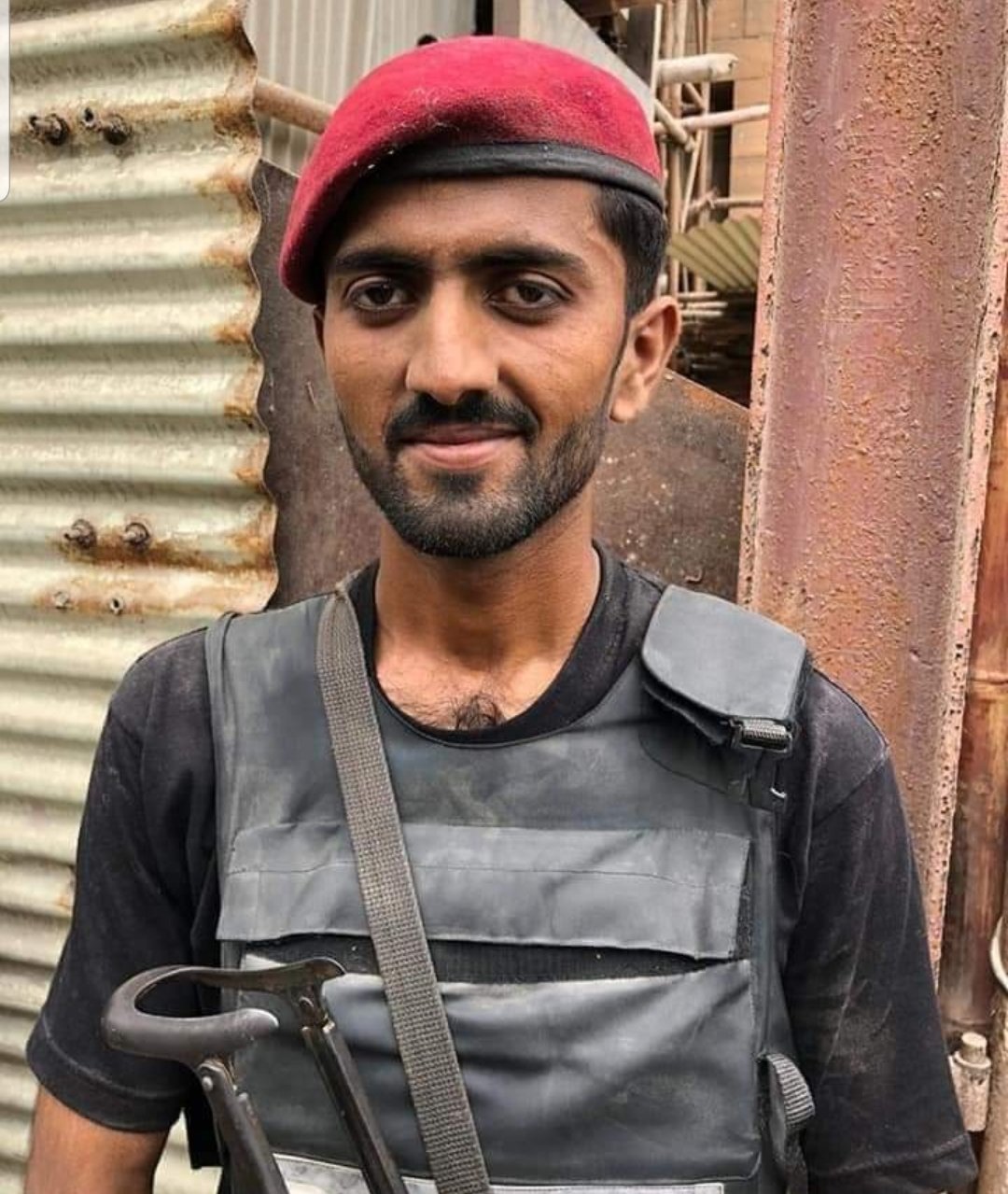 According to details, policeman Mohammad Rafique said that he was stationed at the main gate of the stock exchange along with other officers when the assailant suddenly stopped his vehicle and started firing.

One of our young men was martyred and the other was seriously injured in the firing of the attackers. Seeing the opportunity, I retaliated and shot one terrorist in the head. Later, we were informed of the presence of other terrorists and seeing the opportunity. I killed another attacker.

He said that a third terrorist was seriously injured in my firing and was killed by other personnel.
We salute this brave hero of the police for his bravery

In Punjab, 1656 people have lost their lives so far due to the deadly epidemic while 72,880 cases of corona have been reported in the province.

So far 1205 patients have died of corona virus in Sindh while 76,318 cases of corona have been reported in the province.

In Khyber Pakhtunkhwa, 890 people have died from the corona virus so far, while the number of infected patients has reached 24,943.

So far 10116 cases of corona virus have been reported in Balochistan while 113 patients have died in the province.

In Gilgit-Baltistan, 1417 people have fallen victim to corona and 23 patients have died.

In Azad Jammu and Kashmir, 1003 cases of corona have been reported while 28 people have lost their lives.

Medical experts recommend the use of vitamin C to prevent coronavirus.

According to medical experts, if you want to avoid coronavirus, use vitamin C, it is better to take it as a diet rather than with vitamin C supplements.

According to medical experts, it is very beneficial to get vitamin C into the body through vegetables and fruits.

Health experts say that vitamin C is an important nutrient that helps the immune system to function properly, vitamin C is a strength and antioxidant that can strengthen your body’s natural defense system.

Do you know the disadvantages of vitamin C deficiency in the body?

If the body is deficient in vitamin C, the gums are most affected, they tend to bleed more because vitamin C helps to heal wounds, due to which the gums do not heal quickly.

When the hair is healthy and shiny, it is a sign that you are eating a balanced diet, but when the ends begin to break and the hair becomes dry, it may be due to vitamin C deficiency. Hair strength and health depend on collagen, which is an important factor in the production of vitamin C. Deficiency of this vitamin can also lead to baldness.

Do not heal wounds quickly

The body’s wound healing mechanism is somewhat dependent on vitamin C, which also increases the production of vitamin collagen, which strengthens the tissues that form on top of the wound.

Vitamin C helps the iron in vegetables to be absorbed easily and without it it is not absorbed, meaning that vitamin C deficiency can lead to anemia.

Consumption of yogurt is very important for health. The minerals and vitamins in it provide a full healthy life.

Consumption of yogurt is very important for health. The minerals and vitamins in it provide a full and healthy life. Yogurt has been a part of human diet for centuries. From ancient times the milk of cows, goats, buffaloes, camels and sheep has been used as food by the people. Medically, yogurt not only has beneficial effects but also protects against many diseases.

Yogurt is an important food for bones

Yogurt is useful for patients with high blood pressure

Yogurt is an important food for beautiful skin

Nowadays most women are very sensitive about their skin and make many efforts for its beauty while the special oxides present in yogurt provide better growth to the skin as well as the dead cells present in the skin. End

A 2005 study found that the use of yogurt helps in weight loss because the calcium in it melts the body fat and prevents weight gain.

Yogurt is rich in vitamins

Yogurt is a vitamin-rich food. One cup of it daily makes up for the lack of potassium, phosphorus, vitamin B5, iodine and zinc in the body and gives a healthy and energetic life.
Eat yogurt to stay healthy and strong

It may be recalled that the World Bank, Asian Development Bank and Asian Infrastructure Development Bank had agreed to provide ڈی 1.5 billion to Pakistan to overcome the damage caused to the economy by the lockdown during the ongoing Corona epidemic in the country.

The statement said Corona’s economic impact would be felt in the current uncertainty, with the help of the IMF, international reserves would improve and the budget would be financed to increase temporary spending.

According to details, cooperation between China and Pakistan in aerospace and aviation is moving forward with full vigor. RN Chenky pointed out that Pakistan is a key partner in the satellite navigation program.

It should be noted that BDS facilities are used for transportation, disaster relief and reduction in agricultural disasters. China wants to expand the scope of BDS services to BRI partner countries.

It should be noted that Pakistan is the first country in the world to have formal cooperation agreement on BDS.

Mango is called the king of fruits. Mango season is in full swing, especially Sindh mangoes are popular in Puri Dina including Pakistan.
Mango is a very tasty fruit juice. Mangoes are rich in natural healthy ingredients

According to medical experts, mango is rich in vitamin E, the use of which keeps a person healthy and fresh, and this vitamin provides freshness to the skin and protects the face from pimples and pimples. The vitamin C in mangoes lowers blood cholesterol levels, while the vitamin A in it protects the eyesight from weakening and also protects the eyes from the sun’s rays.

According to experts, the ingredients in mango are very useful for the human body and those who consume more mango are less likely to suffer from asthma.

According to medical experts, the antioxidants in mango reduce the risk of bowel and blood cancers, while it also plays an effective role against cervical cancer. According to experts at Harvard University, mango has proven to be an important defense against colon cancer and has significantly reduced the incidence of cancer in people who want to eat mango.

Experts say that consumption of mango also protects against bone diseases. The calcium in it keeps the bones strong and those who are eager to eat mango are less likely to have premature bone weakness.

Mango is also useful in diabetes

According to research, in addition to vitamin ABC and fiber in mango, there are 20 other ingredients that reduce the absorption of sugar in the blood circulation. According to US experts, adequate amount of natural sweetness in mango is not harmful for diabetics.

Mango is essential for the digestive system

Mango is good for heart health

Experts say that mango is an excellent fruit for people suffering from heart disease. Potassium fiber and vitamins in it increase the health of the heart, while the large amount of potassium in it helps in controlling blood pressure. Are proven.

According to health experts, the attack of all bacteria is possible because the tissues that make up the outer layer of the body are weakened. This condition is followed by a series of infections such as the common cold and runny nose. This protection is due to the abundance of vitamin A found in mangoes.
So eat mangoes in this mango season, stay healthy, strong and young.

According to details, 4,471 new cases have been reported in the country in the last 24 hours. According to an update released by the National Command and Operations Center, the new and deadly virus has infected 181,088 people across Pakistan with the death toll. 3,590.

At present, the number of patients undergoing treatment for corona in different cities of the country is 1,06,040, while so far 71,458 patients have recovered from the disease caused by the virus.

The command center said the highest death toll was in Punjab at 1,435, followed by Sindh at 1,089, Khyber Pakhtunkhwa at 821, Balochistan at 102, Islamabad at 101, Gilgit-Baltistan at 22 and Azad Kashmir at 20. Deaths have been recorded.

According to the details, the solar eclipse in the country started at 9:26 am according to Pakistani time while the eclipse reached its climax after 10:59 am which ended at 12:46 am. The duration of the eclipse was 3 hours 17. Minutes left Which was seen in many countries including Pakistan.

A ring of fire was seen in Sukkur and Gwadar.

Similarly, eclipse prayers were offered in different cities of the country including Karachi, Lahore, Hyderabad, Rawalpindi, Peshawar and Islamabad and people asked Allah for special prayers and forgiveness for their sins.

Worship and Precautions during Eclipse

The annual solar eclipse was previously 80% observed in December last year. The total eclipse occurred earlier in August 1999 while citizens were instructed not to watch the eclipse directly. Use special safety goggles to view the eclipse. Use specially designed filters.

There will be 6 eclipses this year, 4 lunar eclipses and 2 solar eclipses. The second eclipse of this year will be on December 14.

The Minister said that the eclipse on December 14 will not be seen in Pakistan. Today, the total solar eclipse is in Sukkur and its environs. The rest of the areas are partial eclipses.

Professor Muhammad Javed, Director, Institute of Space and Planetary Astrophysics (SPA), also said that eclipses should not be viewed directly. Special glasses are used to observe eclipses. The eclipse is observed.