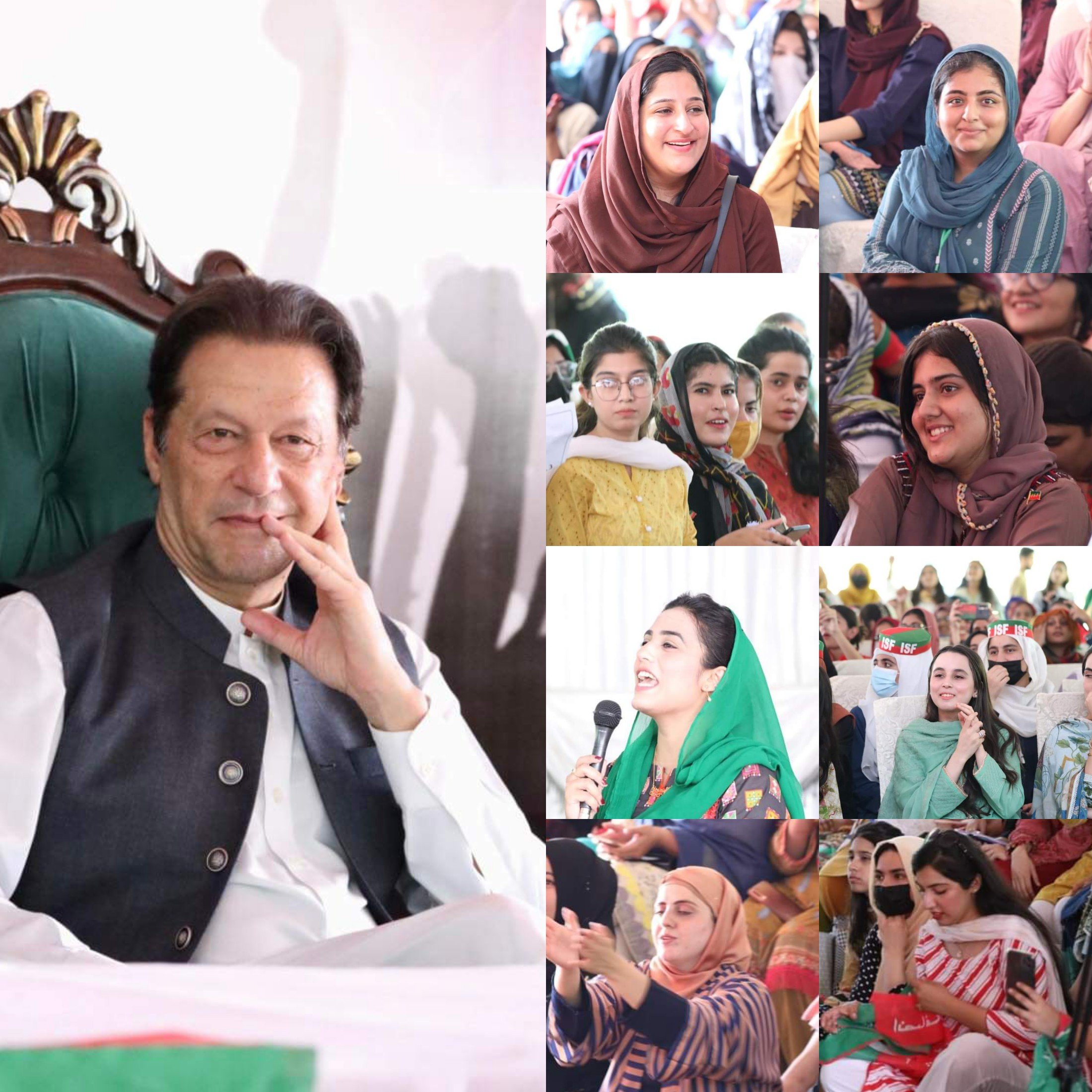 Imran Khan while addressing the women’s convention in Islamabad said that if famous robbers and thieves sit on the country, how can the country run, this time is decisive for Pakistan, nations that do not stand up for freedom will be destroyed. I did not come to talk to you about politics, I am talking about fighting Jihad for the country, because Jihad is not done for real freedom.

Imran Khan said that Shahbaz Sharif goes everywhere and says that I do not beg, but I am forced. In fact, they humiliate the entire nation. Enslaved nations can never stand on their feet. Nations do it because the world respects those who respect themselves. We are being trapped in the swamp by taking loans.

First, they go to the assembly and make laws, NAB amends the laws, and now the cases of thieves are ending one by one. I say, then open the jails. The country will be

Poor countries have the same story because there is no justice and rule of law. 80% of women do not have basic rights. In poor countries, Zardari and Sharif are sitting everywhere. He is above and the weak do not get justice. A nation without the rule of law is destroyed.

Justice sets you free, the law protects you from the powerful, then we become free, in which there is no justice in the human society, then it goes down to the level of animals. Only then will it become a real country.

Allah has given us the ability to do anything but we are in chains. The teachings of the Prophet have set us free. We can move forward. is for

Addressing the students, he said that even at the time of the Pakistan movement, there was a struggle for freedom in the colleges, as consciousness has come in the nation,

Inshallah this real freedom movement will be successful. It will be worship because you will do it for the nation, he said while addressing the students that you should make me a member in one month and increase the ISF.