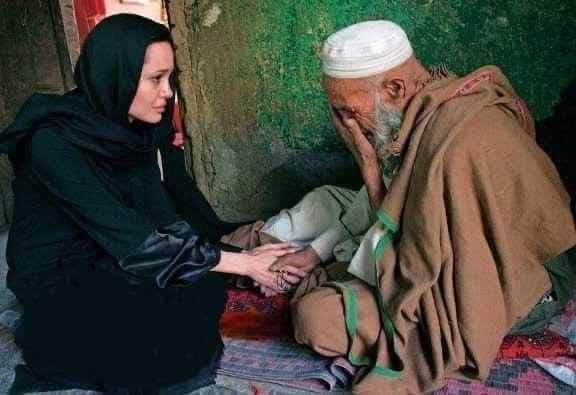 Speaking on the occasion, Angelina Jolie reiterated her determination to focus the world’s attention on the flood disasters in Pakistan and gave a real picture of the worst disaster, the public hardships and the relief operation of the Pakistan Army.

Angelina Jolie said that she saw Pakistan Army everywhere helping people and saving lives, talked to those whose lives were saved, but they are still not safe.

Hollywood actress, the world has no idea of ​​the devastation caused by the floods in Pakistan.

He said that there are many children among these people who are in the struggle of life and death.

The victims need food, shelter and medical facilities on an emergency basis.

Angelina Jolie called on the international community to do more to help the victims in Pakistan and said that the world should wake up to the flood situation in Pakistan.

Large a today number of Pakistanis themselves are victims of major natural calamities it is a matter of life and death for many people.

Countries less responsible for climate change are facing more devastation than others. My heart out goes to the people of Pakistan in this hour of trouble.