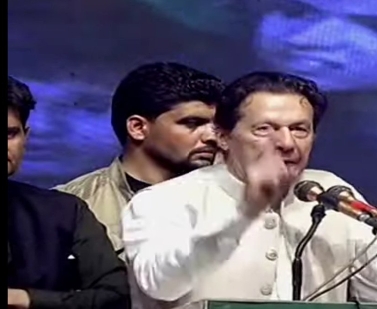 In a message released on the social networking website Twitter, former Prime Minister Imran Khan said that there would be nationwide protests on July 2 against the imported government imposed on Pakistan under the US conspiracy.

He said that in order to save the people from crushing inflation and corruption of Rs 1100 billion by the government, they would hold peaceful protests against NRO-2 across the country.

According to details a high level political committee of Pakistan (PTI) met under the chairmanship of PTI Imran Khan to review the overall political situation in the country and future course of action.

Imran khan said that the movement of incompetent and imported criminals against the fascist government was of great importance for the future of the country and the nation.