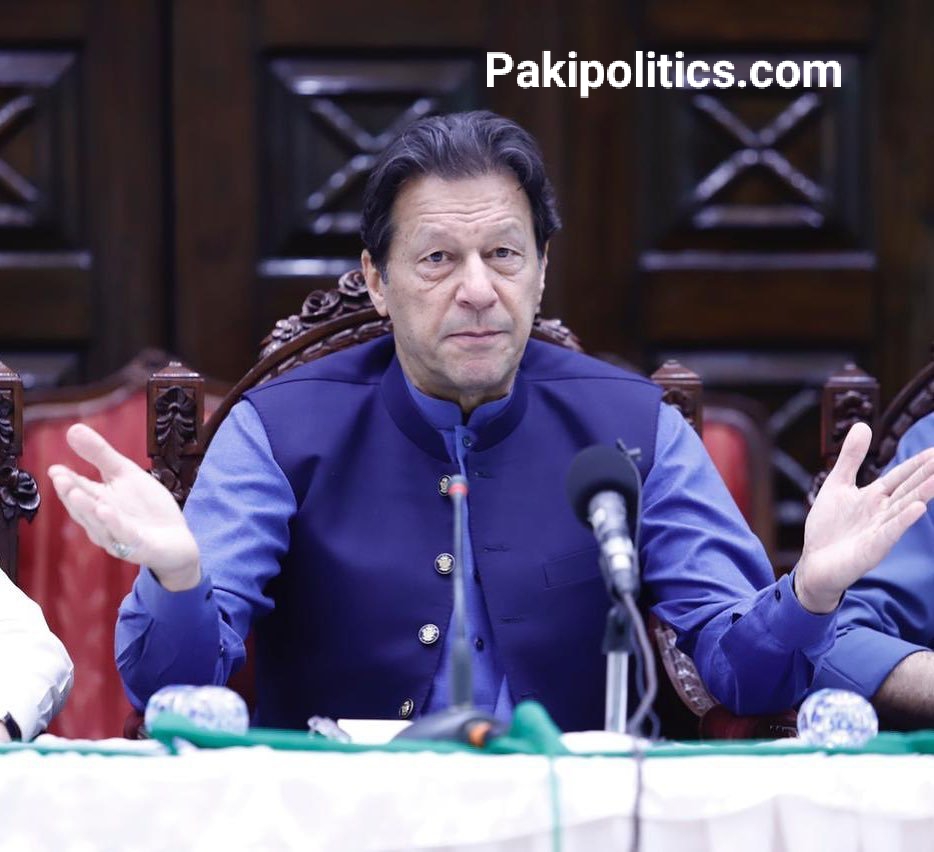 Ex PM and Chairman PTI Imran Khan while addressing a press conference said that today I am addressing the Pakistani nation. Today is a decisive time in the country.

The game he started last night is his history. When he leaves the government, he remembers democracy. He has violated the sanctity of the chador and the four walls.

Tell us how many times our government has taken to the streets and marched, if we have fought in a 126-day sit-in, in my 26-year political history, if I have broken the law he said.

Imran Khan said that it should be remembered that now it will be decided which way Pakistan should go, whether it is to become Pakistan which was the thought of Allama Iqbal or to make Pakistan which belongs to thieves and robbers.

Imran Khan said that 60% of the members of the cabinet who held the press conference were on bail.

Regarding the PPP’s long march, Imran Khan said that if Bilawal came with a trembling march, did anyone round him up? We had said that we would help him on Bilawal’s march.

Lawyers stand up for democracy. I pay tribute. The judiciary must understand that the nation is looking at you. If the country goes to ruin, you will be equally responsible he said.

Referring to the economic situation, the PTI chairman said that in a month and a half, they have ruined the economy.

I am afraid that Pakistan will be like Sri Lanka in a few weeks. They have to abolish NAB. Half of the people in the Election Commission are their slaves. I send a message to neutral judges and lawyers that this is a crucial time.

They will end their cases, end NAB, end the Election Commission and make it their slave. Look at the history.

He said that in comparison to previous periods, our government has provided most of the jobs which were called by the veterans. Look at the situation of this government today.

Imran Khan further said that last night the house of Justice Nasira Iqbal was raided. I ask the judiciary and neutrals again what kind of government you are looking at. No democratic government can do such an attitude. PTI leaders are also being arrested in Karachi who entered the house of Hamad Azhar by climbing over the wall.