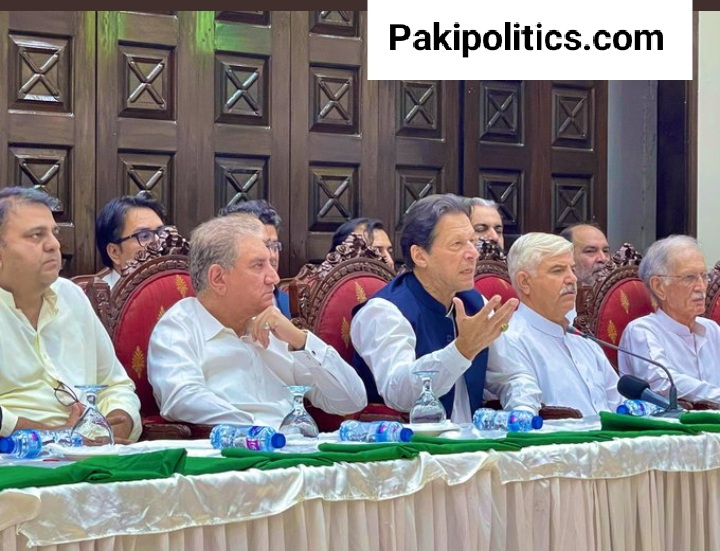 PTI core committee meeting chaired by PTI chairman Imran Khan announced long march towards Islamabad on May 25. In a press conference with other party leaders, he directed workers to reach Islamabad on May 25 at 3 o’clock He appealed that the whole nation arrived in Islamabad on May 25 to fight against the imported government and for the struggle for real freedom.

Giving instructions to the workers, he said that everyone should be prepared. The government will shut down the internet two days ago. Maybe it will also shut down the petrol. We will not accept the situation. Our demand is to dissolve the assemblies history of elections. This is not politics, this is jihad, this is the war of real freedom of Pakistan.

He said that we tried our best not to let the conspiracy against us succeed but we failed. The conspiracy was not against me. The conspiracy of regime change was hatched against Pakistan. Bankrupt Mullah Malik was moving forward in all respects. During Corona, our government handled the matter in the best possible way. We were insulted by threats. Will have to face.

This government does not dare to buy cheap oil or wheat from Russia. In consultation with the military leadership, he went to Russia. The United States was told that Imran Khan personally went to Russia. The most corrupt thieves are part of the cabinet Was to happen

My 26 years of politics have been peaceful. We have never tried to spread chaos. We have not allowed anyone to do it. People from all walks of life, including women and children, come to our meetings. This is the real war of independence of Pakistan he said. Not politics, I say once again that this is not politics this is jihad, for which I am ready to go to any lengths.