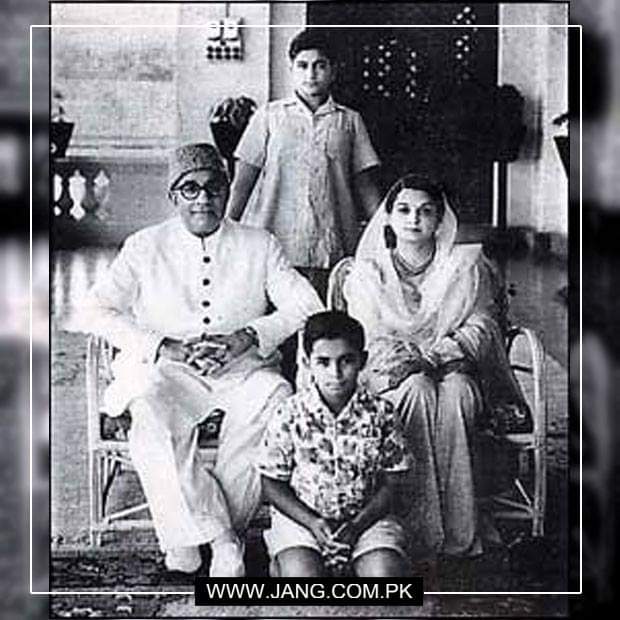 Liaquat Ali Khan belonged to the Karnal district of India and was the largest feudal lord and nawab in his area. But after the partition of India, he not only gave up all his land and property but also came to Pakistan and did not file any claim for that property. Khan Liaquat Ali Khan had one inch of land in Pakistan, no personal bank account and no business. Was not
Liaqat Ali had two Achkan pants and a Boski shirt and his pants were also patched. He always hid the patches of his pants behind his Achkan.
When Khan Liaquat Ali Khan was martyred in Rawalpindi on October 16, 1951, his body was taken for autopsy and the world was shocked to see that the first Prime Minister of Pakistan
Not only was she wearing a torn vest, but she also had big holes in her socks. At the time of martyrdom, not only was Khan Sahib’s account empty, but there was no money for burial in the house. Khan Sahib was also indebted to his tailor Hameed Taylor and a grocery store.
Begum Rana Liaquat Ali Khan’s wife told the government after Khan’s martyrdom that the government had set a sugar quota for the Prime Minister’s House. When this quota was exhausted, the Prime Minister and his wife, their children and their guests also had to drink tea.
In the fifties, a bureaucrat asked Begum Rana Liaquat Ali Khan why a man always collects something for his wife and children. Khan Sahib did not do that.
Begum Sahiba replied that I had asked this question to Khan Sahib once.
But Khan Sahib replied that I belong to a Nawab family. I have never worn a dress for the second time in my life. My family hired me as a waitress and driver at Oxford University. And we used to eat or not eat but in our house food was cooked for fifty to one hundred people a day but when I became the Prime Minister of Pakistan I said to myself Liaquat Ali Khan now you are one of the Nawabi or the Prime Minister Things have to be chosen and I have chosen the Prime Minister for myself.
Begum Sahiba said that Khan Sahib used to say that whenever I start buying new clothes for myself, I ask myself, do all the people of Pakistan have clothes? When I think of building my own house I ask myself if all the people of Pakistan are living in their houses and when I think of saving some money for my wife and children I ask myself is Pakistan Do all people’s wives and children have adequate money? When I get the answer to all these questions in the negative, I tell myself that Liaquat Ali Khan does not give a new dress to the Prime Minister of a poor country, a long, wide table and a private house.
Liaquat Ali Khan was the first balanced politician and Prime Minister of Pakistan with a balanced mind and mild temperament and possessed a heartfelt personality. His simplicity was ideal and martyrdom was his destiny.