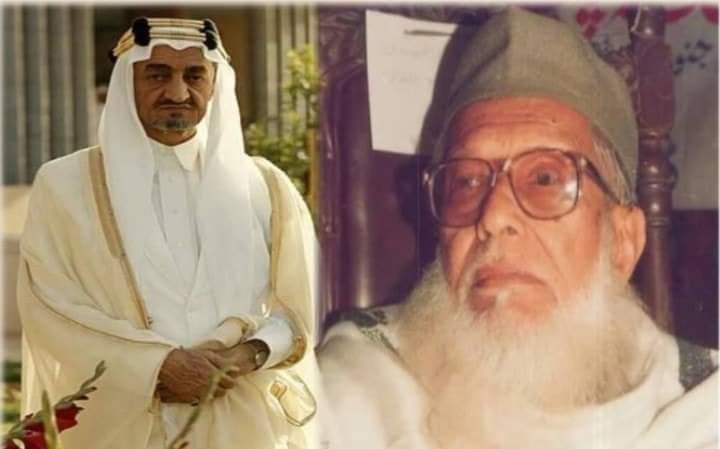 When Maulana Syed Abul Hassan Nadvi entered the meeting room of the royal palace at the invitation of the late Shah Faisal, he stared at the ceiling and the wall for a long time with amazement and admiration.
When Shah Faisal asked the reason, Maulana said so
I have never seen the court of kings. Today is the first experience so be amazed. The land I belong to no longer has kings, but there was a time in history when kings ruled.
I have read many such people in history.
When I came to this court today, I was lost in a comparison.
I think we have a king too. Today’s India, Pakistan, Sri Lanka, Burma and Nepal were part of its government. He spent twenty-two years on horseback in his 52-year reign.
In his time, Muslims were free. Were happy There were conveniences for them but the king’s condition was that he wore patched clothes. He would write the Qur’an and stand before his Lord all night long. He would offer his tears in his court. At that time the Muslim rulers were poor and simple and the people were prosperous and comfortable. How much has everything changed since you saw this palace today?
Today our kings are prosperous and live in big palaces and on the other hand Muslims are homeless in Palestine. Their blood is cheap in Kashmir. They lose their identity in Central Asia.
Today I stepped into your palace and got lost in the comparison.
When Syed Abul Hassan Ali Nadwi became silent, Shah Faisal’s face filled with tears
It was wet. Now it was their turn. First her tears came out, she saw you and then the hiccups stopped. Then they began to weep. He cried so loudly that his bodyguards became worried and ran inside.
Shah Faisal motioned for them to go out.
Addressing Syed Abul Hassan Ali Nadvi, he said that the king was such that he had a mentor like him. Keep visiting and advising weak people like us.
Copy from the wall of Mufti Karim Akhtar Sahib