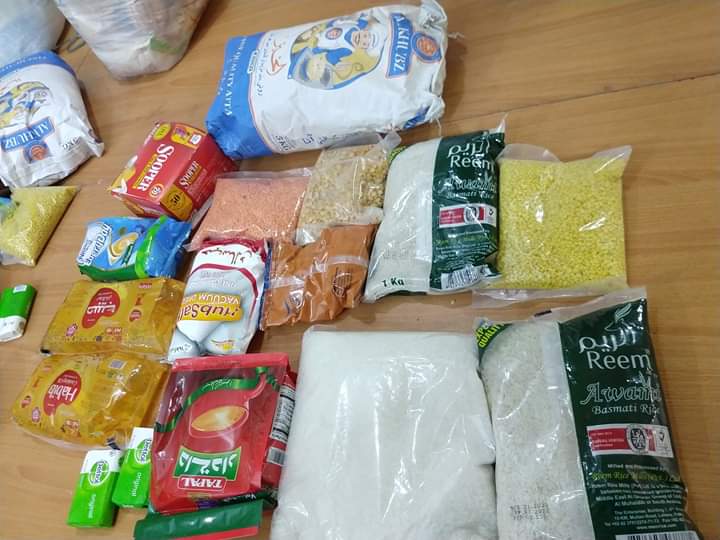 According to the news, the goods given by the gentlemen in Karachi are on sale in the shops.

Owner of a shop located in Gulshan-e-Iqbal, Karachi
Police arrested the shopkeeper while processing the sale of charitable rations. The shopkeeper said that I know it is a crime to buy such rations but the sellers said that we do not have a family, it is in Punjab. So they can’t keep it.

Police arrest Gulshan Iqbal’s shopkeeper who buys free rations
Upon inquiry by the policeman, the shopkeeper said that he had bought goods worth Rs 810 from the ration sellers.

Excerpt from free ration shop provided by charity gentlemen
Poor citizens have been severely affected after the lockdown in Quaid city, for which philanthropists have started generous relief in the form of rations, but some interested people take these rations and sell them in various shops. Are making money by doing Last week, in the Gulistan-e-Johar area of ​​Karachi, people complained that ration was being sold at shops in the area. The victims also demanded the administration take action against shopkeepers who buy free rations.