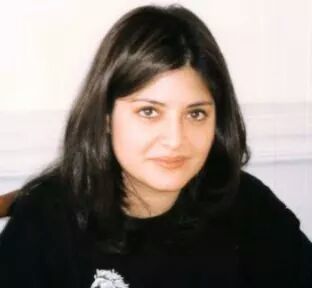 If it were said, what would be wrong with Nazia Hassan possessing legendary fame?

He is also called the Princess of Pop Music in Pakistan. The singer gained extraordinary fame and ruled over millions of hearts.

Nazia Hassan’s songs continue to be popular today and fans love and respect her.

Today marks the 55th anniversary of the singer. Nazia Hassan was born on April 3, 1965 in Karachi. At the age of fifteen in 1980, his journey to fame began when his song for the Indian film Sacrifice hit people’s hearings.

His words were, If someone like you comes into my life, then it becomes a thing

In 1981 Nazia Hassan’s debut album “Disco Devane” blew up and her fame began to skyrocket.

The world-renowned Journal Times released a list of influential figures, including the name of Pakistani singer Nazia Hassan.

Nazia’s brother, Zohaib Hassan, who was gaining the attention of a younger generation in the subcontinent and had a profound influence on him, was also with him and his two songs became very popular. Nazia Hassan has released four albums under the names of Boom Boom, Young Trang, Hotline and Camera Camera and continues to inspire millions of hearts.

Nazia Hassan left her fans forever at the age of 35, leaving her fans weeping. He was diagnosed with lung cancer.

Nazia Hassan was awarded the Pride of Performance by the Government of Pakistan.