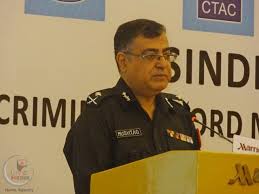 According to the details, the Federal Cabinet approved the summary through circulation. Mushtaq was included in the proposed names of the provincial government for IG Sindh instead of Maher Kaleem Imam. Mushtaq Maher, 22, is currently working under the Federal Government as IG Railways, while Mushtaq Mahar has also worked with the Sindh government for three years as Karachi Police Chief.

It should be noted that a dispute has been going on between the IG Sindh Kaleem Imam and the Sindh government, and earlier last month, the Sindh cabinet approved the removal of IG Sindh Police Kaleem Imam and handed over his services to the federation. Was.