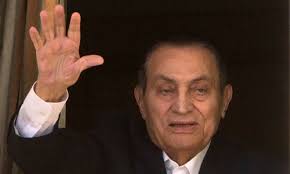 Cairo: Former Egyptian President Hosni Mubarak passed away at the age of 91. He ruled Egypt for 30 years.
According to foreign media, Hussein Mubarak underwent surgery a few weeks ago and was transferred to the ICU a few days ago due to a medical malpractice. He resigned after the Arab Spring in 2011.
It is believed that the Egyptian Supreme Court had acquitted him in a murder case during the Arab Spring in 2017. He was sentenced to life imprisonment by security forces in February 2011 in lower 2011 Was sentenced.