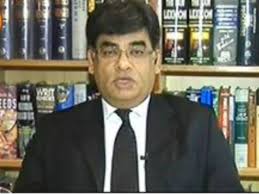 It should be noted that today, Attorney General Anwar Mansoor has resigned. In his resignation sent to President Dr. Arif Alawi, he said that I am deeply regretting that the Pakistan Bar Council, of which I am the Chairman, has said. Issuing a press release on February 19, 2020, I demanded that I resign from the office of the Attorney General of Pakistan.