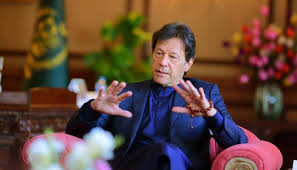 Prime Minister Imran Khan called on the UN Secretary General for Extremism in India and said that hate in India is the result of extremism.

According to the details, Prime Minister Imran Khan while addressing the international conference on Afghan refugees said the last 20 years have been difficult for the people of Pakistan, we helped Afghanistan in cricket, Afghanistan under-19 team defeated Pakistan, one thing I learned is that the river. Delhi has no bank balance.

The Prime Minister said that Pakistan has been facing a great crisis of refugees since 1947. Despite the difficulties, Pakistan hosted the Afghan refugees, the first migration of the Muslims is the basis of our bilateral relations, believing in gathering humanity and gathering people. Doing so is a good guide.

Imran Khan said that the rich use the refugee problem for distribution, after 9/11 we faced Islamophobia, Islam and terrorism were seen at a glance and Muslim refugees faced more problems than others.

The Prime Minister made clear that there are no safe havens for terrorists in Pakistan, there are camps for Afghan refugees in Pakistan, people are being beaten on the basis of race and ethnicity in the West, there is no peace in Afghanistan in our own interest. not even.

Imran Khan said the war against terrorism has affected people very much, fences on the border are trying to stop illegal traffic, attacks in Afghanistan have no benefit to Pakistan This will promote regional trade.

Referring to India, he said that 2 laws in India affected more than 200 million Muslims, protesting against Muslim laws, saying that Pakistan should go, India is the result of hatred and extremism.

The Prime Minister said that I am not doing point scoring, I am worried about what is happening in India, politicians in India are dividing people for politics, playing cricket in India I know the situation there, today India is not what I knew.

He added that I am deeply concerned about the current situation in India, that the Prime Minister who gave the cabinet to destroy 11 Pakistan may be sensible, that the present India is not India of Gandhi and Nehra, the Modi government is nurturing the philosophy of Nazism.