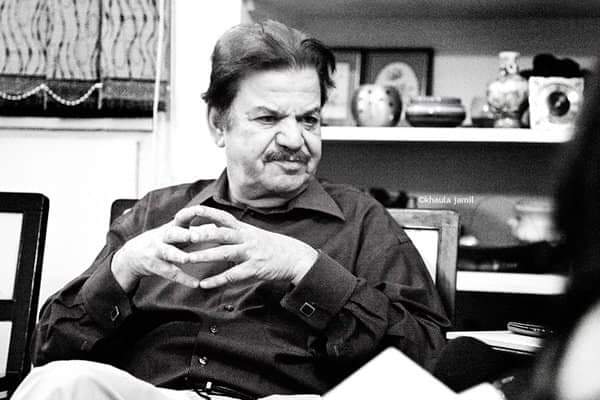 Qazi Wajid Bakmal was an artist in his art

We are all well known and admired by the artistic talent of our country, Bakmal Qazi Wajid.

But one bright aspect of his personality is his humble sincerity and his willingness to help and help others.
Qazi Wajid was the most loving and loving man.
In his life, everyone loved to be loving and sincere.

Today is his second anniversary and all fans, including fellow artists, are reminiscing on his memories.

His real name was Qazi Abdul Wajid Ansari. Qazi Wajid opened his eyes in a family of Gwalior in 1943 and after his stay in Pakistan his family lived in Karachi.

Qazi Wajid, who started his artistic journey with radio, started the famous children’s program, and then great luck.
This program continued for several years.
During that time she worked as a child artist in film awareness. Then came the crowd and in 1967 the program stepped into today’s lion’s world of TV.

Talking about the performances of stage plays, he studied the famous play education of Khwaja Moinuddin. Valley Kashmir. Good luck at Mirza Ghalib Bandar Road
TV performances seemed to be a source of recognition for them across the country. His first drama on TV was the only way in which Qazi Wajid played a negative role.
In 1969, the slum of God was the drama serial, which brought Qazi Wajid to fame. In this he played the role of king.

In her later years, she played her part in endless and memorable stories such as the eclipse of Eve’s daughter and the eclipse of the sun and made the audience her fans.
Qazi Wajid played the most serious, negative and hilarious role and made him a unique monument with his lively acting. I am a big fan of Qazi Wajid and I watch his famous plays many times in the sunshine.

In 1988, he was awarded the Presidential Medal of Excellence by the Government. February 11, 2018 proved to be the last year of his life. And today, two years have passed since this great artist left us. May Almighty raise their rank, Amen.