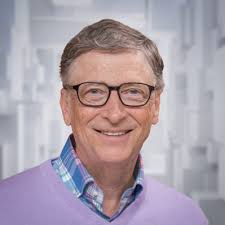 WASHINGTON: The Bill and Melinda Gates Foundation has announced $ 100 million to help tackle the deadly Corona virus. More than 500 lives have been lost to the deadly virus.
According to the Gates Foundation, the fund will be used to prepare, diagnose, isolate, and treat vaccines for the virus, and help victims of the deadly virus outbreak in developing regions such as Africa and South Asia. Will go
Gates Foundation Chief Operating Officer Mark Suzman states that “multilateral organizations, national governments, the private sector, and entrepreneurs should work together to reduce the spread of the outbreak, protect countries from at-risk citizens and To control this epidemic, it must help accelerate its improvement.
At the end of January this year, the Bill Gates Foundation announced a $ 10 million grant. Will donate $ 20 million to organizations such as Control and Prevention.
Likewise, another $ 20 million swine flu-like outbreak that has been most affected in Africa and South Asia 2009 has been earmarked to help healthcare authorities in Sahara Africa and South Asia. The Foundation has pledged $ 60 million to accelerate the detection, development and testing of vaccines, treatments and viruses. On the other hand, more than 21 countries around the world have donated medical equipment after the worst case of the virus in China.
According to the Chinese Foreign Ministry, China has received funding from 21 countries and UN funds to prevent and control the virus. Japan, Thailand, Malaysia, Indonesia, Kazakhstan, Pakistan, Germany, the United Kingdom, France, Italy, Hungary, Belarus, Turkey, Iran, Uva, Algeria, Egypt, Australia, New Zealand, Tobago Has donated medical equipment.