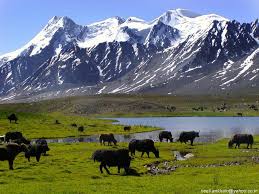 Can the Security Council put pressure on India to restore Article 370? Can Modi not withdraw his decision? Modi has put his foot on the mines but has himself been trapped. And the powers that the secret forces are making behind Modi, including American Israel and the RSS Establishment. This has been done by the Security Council since 1945. India occupied Kashmir. The mountains are breaking and they are leaning back.

I do not think that the possibility of Kashmir being resolved according to the Security Council resolutions is very unlikely. If Allah resolved the Kashmir issue under the constitution, it would be nothing short of a miracle. However, the state government of Pakistan and the military leadership are aggressively on the diplomatic front, and as the foreign ministers of China, Russia, Saudi and UAE support Pakistan’s stance on the Kashmir issue, it is very much appreciated by Pakistan on the diplomatic front. Are a great success.

Here we look at the one-year performance of the government in Imran Khan’s one-year government
Sense Shelter House
Health insurance
Cheap gas for the industry
Elections in FATA
110 billion FATA package
Profit in all departments
The broader the tax net
Pakistan’s diplomatic isolation ended
All thieves, murderers and drug smugglers arrested
Crackdown against corruption
The army and the government are on the same page.
Pakistan’s growing importance in the region
Envelopes upset
India’s answer to the break
Taking Kashmir to the Union
Passing South Punjab’s Bill Paying Rotational Loans Rapidly Setting a Better Policy for Economic Stability This is a testimony to the government’s successes, but the government still faces many challenges on the economic front.

The government’s focus on economic stability was so sudden that the Kashmir issue became complicated. The Modi government has jeopardized the peace of not only Pakistan but the entire region by eliminating Kashmir status. We will take Azad Kashmir Gilgit-Baltistan and Balochistan. From above, Rajnath Singh’s bang that we can decide to launch a new clearance first. Hey, what bangles do we have with heavy henchmen that Pakistan will not do anything here, and it is already crying for why these nuclear weapons were kept. Why don’t they run the nation? Nuclear attacks are not the solution to a problem, except for the loss of human lives, the government and the military leadership are handling these situations very positively.

What India wants is for Pakistan to take the lead in invading the islands and tell the world that Pakistan invaded India and then justify it and India along with Israel invaded Pakistan. Pakistan, through its aggressive diplomacy, is exposing India’s malicious face around the world. Moody Modi will not succeed in his unclean ambitions. After the abolition of Article 370, Kashmir has now left India.

Pakistan is currently under heavy pressure to admit one Israeli and the other to remain silent at the end of Article 370. Both Pakistani civilian leadership will not recognize Israel in any state that is not under pressure. The problem will only be an inch behind Kashmir. Occupied Kashmir is Pakistan’s vein, India has attacked Pakistan’s vein. The state of Pakistan will not make any compromise on Kashmir. Major General Sir Asif Ghafoor and General Qamar Javed Bajwa have clearly stated that we cannot leave the people of occupied Kashmir at the mercy of the situation. Will go to the last bullet and fight to the last soldier.

May Allaah have mercy on the Motherland, an irresistible fact that according to the prophecy of Nematullah Shah Wali, the Gaza Strip stands on its head. Which can take the form of a complete war at any time. Prime Minister Imran Khan should take urgent decisions now to bring serious people to his cabinet and relinquish all the ministers of this cabinet as the state is now moving towards a war of propaganda. The Prime Minister should make a wise cabinet so that he can make positive decisions in the face of any emergency.
Insha Allah Kashmir will become Pakistan