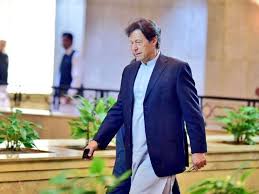 The existing parliamentary system, which is falling by itself, is rapidly declining, and with each passing day, the system will collapse.
The current parliamentary system is not falling apart, but the system itself is becoming a land degradation. Imran Khan has to save himself from this falling system.
Asad Omar is not included in the PTI and Cabinet. People who were negatively propagating on social media that Asad Omar has disappeared from the scene after his resignation, Imran Khan is angry with Asad Omar, then Imran Khan has finished Asad Umar. All these were rumors and false speculations.
Now you can see for yourself that Asad Omar Sahib participated in the assembly meeting and chanted Bilawal Bilawal.
Asad Omar is also included in the cabinet and is also close to Imran Khan because Asad Omar is a capable man. And now Assad Omar has been added to the cabinet and has been appointed to the Standing Committee on Finance.
Meanwhile, Imran Khan Sahib has taken a great step by appointing Federal Home Minister Ijaz Shah. Ijaz Shah is a former ISI Punjab. And understand the system well. And then, on the other hand, there is no good news for Hussein Asghar’s NAB DC deployment opposition members and those bureaucrats who are lying in the case.
Hussein Asghar has been in the FIA ​​Anti-Corruption DG Punjab and the police and does not listen to anyone. The people of his deployment to PTI have tried their best to stop him but failed. Meanwhile, Shibir Zaidi has been posted as FBR. Shuber Zedi’s deployment was hindered but failed.
If the bureaucrat is not cooperating with Imran Khan at all, then obviously an alternative solution will be taken, NAB is active, but NAB’s action is moving very slowly. The country’s stolen money has not yet been recovered. So far, Ishaq Dar, a five-year lender from the IMF, has been arrested for drowning the country’s economy and mortgaged major domestic institutions.
In view of the same situation, the country is suffering from economic crisis. Both the government and the people are badly trapped. On the other hand, $ 6 billion has been dealt with by the IMF. These six billion dollars will be paid to Pakistan for three years in installments. The requirement was $ 8 billion, but the deal had to be $ 6 billion so that the public would not be burdened. Now it remains to be seen how much the burden of six billion dollars will be on the public.
If there was a government of bullying today, dealing $ 16 billion dollars with the IMF, paying $ 8 billion in their pockets and lining the economy with $ 8 billion and keeping the institutions mortgaged would continue to make the public debt.
The prevailing government is suffering the current government. Today, the Imran Khan government has to pay interest of Rs 6 billion daily on loan. And unfortunately this nation is abusing borrowers instead of borrowers.
Imran Khan’s capability and enthusiasm See all around Imran Khan is fighting the corrupt system alone, and he is listening to the criticism of the people. And for the betterment of this nation, by destroying their peace of China and putting their lives on the palm, they are also working day and night for free.
On the other hand, with the advent of Ramadan, the self-inflation is rising, while the government responsible for this inflation is not profitable. Are selling legal. The government should take immediate action against the shopkeepers of markets and markets across the country.
In the next two to four days, the bullying caused a stockpile of dollars to create a dollar crisis. These bullying can go to any extent for their own benefit, from the Prime Minister to the Dada Grab Media to the Dollar Mafia Bone Ribo. The whole nation’s eyes are on you, because the hopes of this nation belong to you. Everyone is with you in every moment of trouble. Khan sir, all the bullying can be done now is not the time to think.
Meanwhile, the process of accountability has entered its final stages and many more important arrests are being made more quickly. Sindh’s Chief Minister Murad Ali Shah, Bilawal Zardari, Faryal Talpur and Asif Zardari are getting tight with the NAB’s passing each day, and opposition opposition leader Shahbaz Sharif is touring London. Nawaz Sharif has been jailed again after six weeks’ medical bail. All the rumors of being an NRO have dissipated. You must be thinking that Mian Sahib will get an NRO in the name of permanent guarantee and he will go out No, not at all. This bully will not get any NRO. You understand this well. But there will be no NRO. The process of accountability will intensify and the domestic wealth will be expelled from these abuses.
Current assemblies that are irrelevant. And they are paralyzed except Imran Khan and a few of his ministers are not working with any responsibilities. No one cares about the public doing it.
Some of the PTI people have been in touch with the PML-N and the PPP and Imran Khan is blackmailing that if you disobey us and don’t give us the ministry, we will go to the PML-N. On the other hand, Jahangir Tareen and Shah Mehmood Qureshi have serious differences which stand in their place Imran Khan from all these situations

Those who are justifying inflation, are propagating negative propaganda against the government, are spreading frustration and conspiracies against the government and are patronizing such people, all of these elements will be eaten as usual in their unclean ambitions. Soon Imran Khan’s hard work will bring color and Imran Khan’s dreams will come to fruition. With this system, the bullying that drives Pakistan into the darkness will also reach its logical end.

1 thought on “The falling parliamentary system and Imran Khan”