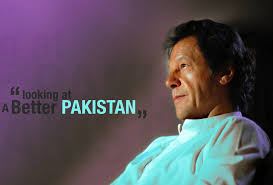 You will remember that prior to the election 2018, Bilawal Bhutto Zardari used to make a statement to hold the accountability of Nawaz Sharif, the former prime minister of Pakistan three times in every political event. Bilawal Ji used to say that if the PPP government did not hold the accountability of Nawaz Sharif Shahbaz Sharif, then Allah will not forgive us nor will the nation forgive us. On the other hand, the PTI was called the Tangha Party, and made a joke on Imran Khan that Imran Khan does not know politics. Hoping that Pakistan Peoples Party will be the government in the 2018 elections.

Because these two corrupt mafia have repeatedly made money laundering in their forty year old girls who have ruthlessly returned the country. The country’s capital is sent to Swiss banks of the outside countries. As the country pushes economic power gas water into unprecedented crises and problems of unemployment, obviously it will take time to overcome these crises.

The child of the nation knows that these two corrupt mafia have not been exemplified by the black law enshrined in their previous governments under the guise of democracy.

The PML-N and the Peoples Party are seemingly two separate political parties. But the politics of the two parties are the same, their thoughts are exactly the same. The PML-N is one of two sides of the picture: Corruption on the part of the poor people in coming to power with the votes of the IMF has been a waste of billions of dollars to the country and the public by borrowing from the IMF.

In the wake of the rotating debt poverty crisis, the people, leaving their homes on July 25, 2018, won the power of their votes by defeating the new political democratic party PTI by defeating the corrupt bullying and changing the country after seventy years.

And broke the stagnation in the country that had been in existence for seventy years.

Prime Minister Imran Khan is blessed with immense leadership potential. The Prime Minister is not only running Pakistan but also repairing the confused Pakistan in financial rotation loans and problems.
Praise be to Allaah. Pakistan is finding its lost place today. Pakistan is thriving today all over the world. Not only Pakistan’s position on both sides of the diplomatic front is being heard. In fact, Pakistan’s position is also being recognized.

These are the realities of Prime Minister Imran Khan’s honesty and goodwill that countries around the world, including Arab friendly countries, are eager to establish new ties with Pakistan and invest in the country.

Prime Minister Imran Khan is the only Prime Minister of Pakistan who, after being appointed as Prime Minister, has ousted Pakistan from the economic crisis with the help of Arab friendly countries that have fallen at the feet of the United States.

Praise be to Allaah.

Pakistan, on the other hand, faces many challenges and threats, both internally and externally. Pakistan’s move to release tensions for peace and stability by arresting an Indian pilot killed on February 27 for violating Pakistani boundaries of war-ravaged country was praised worldwide.

But Modi’s naked aggression and hostility to war madness are at their peak instead of ending. No good can be expected from the Modi government. Dangers still exist.

Meanwhile, corrupt mafia and bullying are going through the process of accountability. And screams of corrupt bullying are reaching Mars if the current government does not get the NRO. The culprit Mian Nawaz Sharif, who is already in the convicted Kot Lakhpat jail, Maryam Nawaz started a new politics on father’s illness. If anything happens to Mian Nawaz Sharif, Imran Khan will be responsible.

However, the present government and the law are providing all facilities to Nawaz Sharif on his illness. If Mian wants to be treated at the hospital where he wants to be treated and not from doctors, then Mian should call his doctors from outside and get his treatment. But Mian Sahib has stubbornly opposed to sweet sweets, I just have to go out and not get treatment here, because in hospitals of Pakistan, Mian Ji suffers.

No treatment here, no drinking water here, but like to rule in Pakistan, corruption in the country is a favorite activity of Nawaz Sharif. Finally, before the writ of Mian Sahib, the judiciary passed a six-week bail and suspended the sentence for six weeks. With the judiciary getting medical bail, people are concerned that the thieves got the NRO.

And remember that the government is Prime Minister Imran Khan but the system is the bureaucracy. The irony is that few people in the government are also the product of the old system. Corrupt judiciary and the big bureaucrats sitting in the NAB. Imran Khan is working day and night for the betterment of the country.

But the bureaucracy is not cooperating with them. Some party ministers of Imran Khan are breaking chairs in ministries. Imran is creating problems rather than cooperating with Khan. The curtains are so full of bullying. Imran Khan should immediately relinquish such ministers. Seniors should choose ministers.

Now, under the NRO platform, money will also be returned and there will be accountability for bullying. Insha’Allah, this corrupt will roam the land. The current system will go down and the state will go ahead
We have the full support of the Imran Khan government and the Pak army. Because Imran Khan is the only sincere leader who holds the pain of the country and the nation in his heart because Imran Khan can unite the army and the people with strong unity to remove the country from the swamp.