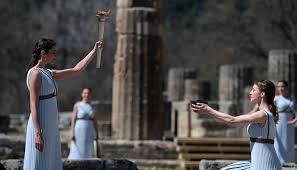 Switzerland: Corona virus pushes international Olympic committee to suspend Tokyo Games 2020, the world’s largest sporting event
According to the International Olympic Committee, they are looking to reschedule the Tokyo Olympics and the sporting event can be postponed for a year. Last week, IOC President Thomas Bock insisted that there was no “Plan B” in that regard.

But they have softened their stance following the Corona virus situation and growing criticism from the players. The IOC will now review it next month and the Tokyo Olympics will be decided in the next four weeks. But it is believed that the event is likely to be held by the end of summer 2021.

Australia and Canada have also withdrawn from the Tokyo Olympics. Olympic committees have said in separate statements that Canada and Australia will not send their players to the 2020 Olympics in Tokyo. The Olympic committees of both countries have also demanded that the sports be postponed until 2021.

The Canadian Olympic Committee and the Paralympic Committee said in a joint statement on Sunday, “Although we recognize the issues that occur after the event is postponed, it is no more important than the health and safety of our athletes and the world. It’s not about the health of the players – it’s about public health.

The athletes should prepare for the Tokyo Olympics in 2021, said Matt Carroll, CEO of the Australian Olympic Committee. Speaking to reporters in Sydney on Monday, Carroll said all athletes want to participate in the Olympics intensively, but they also need personal health. And we need to assure our athletes and that’s what we did. On the other hand, the Japanese Prime Minister also spoke of the possibility of the Tokyo Olympics postponement.