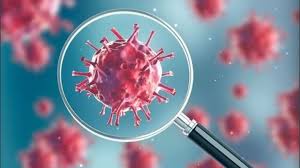 According to data released by the Health Ministry, the Corona virus caused three deaths and five patients recovered.

According to the report, as of 3 pm yesterday, 264 new coronary cases were recorded, with the highest number of coronavirus patients being 396 in Sindh.

Similarly, 103 cases were reported in Balochistan, 137 in Punjab, 31 in Khyber Pakhtunkhwa confirmed Corona virus while 10 in the federal capital, 55 in Gilgit-Baltistan and one in Azad Kashmir.

According to a statement issued by Sindh government spokesman Murtaza Wahab, the number of coronary patients in Karachi is 105 while Sukkur (visitor) is 291.

Government figures and chief ministers of the four provinces expressed their reservations over the growing cases of Karuna and urged the people to stay in their homes to protect themselves.