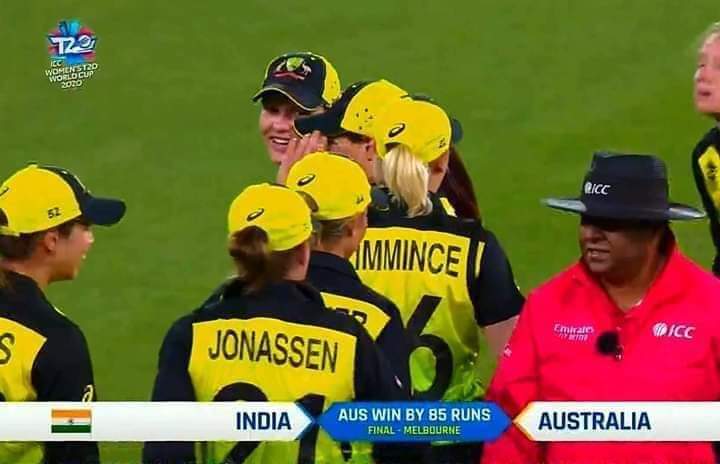 At the start of the match in the women’s T20 World Cup finals, Australia batted first and showed aggressive play, the Indian team looked weak from the start and went all out to chase the target.

Both Australian openers Hailey and Mooney scored 75 and 78, respectively. Hailey hit 5 sixes while Moni was not out.

Australia gave India a target of 185 in reply to which the Indian team was out for 99 runs.

Indian player Shefali Verma was out for just 2 runs in the over and Jemima Rodrigues were dismissed without any runs.

Smriti Mandhana also returned to the pavilion with only 11 runs, while Harman Prit Kaur could not stay on the wicket for too long.

Four-time world champion Australian team won the World Cup for the fifth time and the Indian team lost the money once again. Elisa Haley was named the best player of the match.

The Australian team has reached the finals six times and this is their fifth victory.