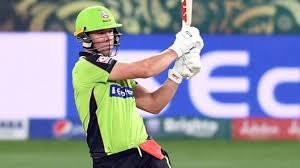 which limited the match to 12 overs. Tom Benton started the inning, Kamran returned to the pavilion after scoring 20 runs. Darien Semi 12 and Wahab Riaz scored 13 runs. Dilbar Hussain got the highest 4 wickets from Lahore Qalandars and gave 24 runs in 3 overs. Yes, David Viez scored 2 and Shaheen Shah Afridi took one wicket for 27 runs.

In reply to 133, Chris Lane and Fakhr Zaman started batting. Chris Lane played aggressively and scored 30 runs off 15 balls. Failing to score and 22 runs off 19 balls. Among the other batsmen, David Vilas 2, captain Sohail Akhtar 12, David Vieja only scored 9 runs. However, in pursuit of the big target, Lahore Qalandars scored 116 for 12 in 12 overs. From Peshawar Zalmi, Lewis Gregory struck out four players while Wahab Riaz and Mohammad Amir took one each.

It should be noted that Lahore Qalandar has suffered a defeat in all three matches so far in the PSL and thus he is at the bottom of the points table while Peshawar Zalmi won his second victory by playing four matches.